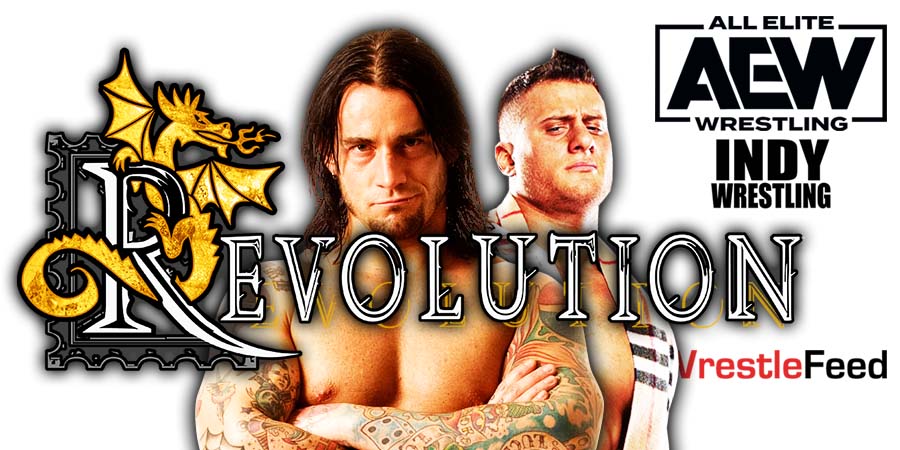 On last night’s episode of AEW Dynamite, MJF ripped AEW President Tony Khan for signing former WWE wrestlers and paying them big money instead of them.

MJF then asked Tony to fire him after calling him a “f**king mark”.

His mic was then cut off and AEW went to a commercial break.

During the break, AEW World Champion CM Punk came out to confront MJF.

According to the Wrestling Observer, this could lead to Punk defending the Title against MJF at the AEW All Out 2022 pay-per-view:

“The crowd turned with him, he was doing, very similar to, actually, a lot of what Dan Lambert did. Just incredible delivery. And they cut the mic off, like you know, as part of the gimmick.

During the commercial break, Punk comes out and chases him and he runs away. I’m not sure why they didn’t put that on television.

They certainly wanted it out. So, it was just interesting that they did that during the break, so maybe the plan is Punk and MJF for All Out. That could be the direction. Good chance it’s the direction.”

Aftermath from the MJF promo

MJF walks out through the crowd #AEW pic.twitter.com/xpbB98OPO3

My cousin just sent me this clip of MJF walking out the Forum being chased by security and CM Punk #AEWDynamite pic.twitter.com/jM3XqkCf8c