It was broadcasted from the Reunion Arena in Dallas, Texas and featured pre-taped matches & storyline segments on the road to the ‘WWF Unforgiven 1999’ PPV.

The newest addition to the roster of WWE RAW, RETRIBUTION, hasn’t pleased many fans with their presentation. Just like those fans, former WWE Champion CM Punk is also not a fan of the rebellious group.

Punk recently took a shot at RETRIBUTION’s SLAPJACK in his Instagram story, where he posted a screenshot from the RETRIBUTION vs. The Hurt Business match in the main event of RAW, and wrote the following about it:

“When you’re bored in catering and there’s an abundance of paper plates.”

You can view the screenshot below: 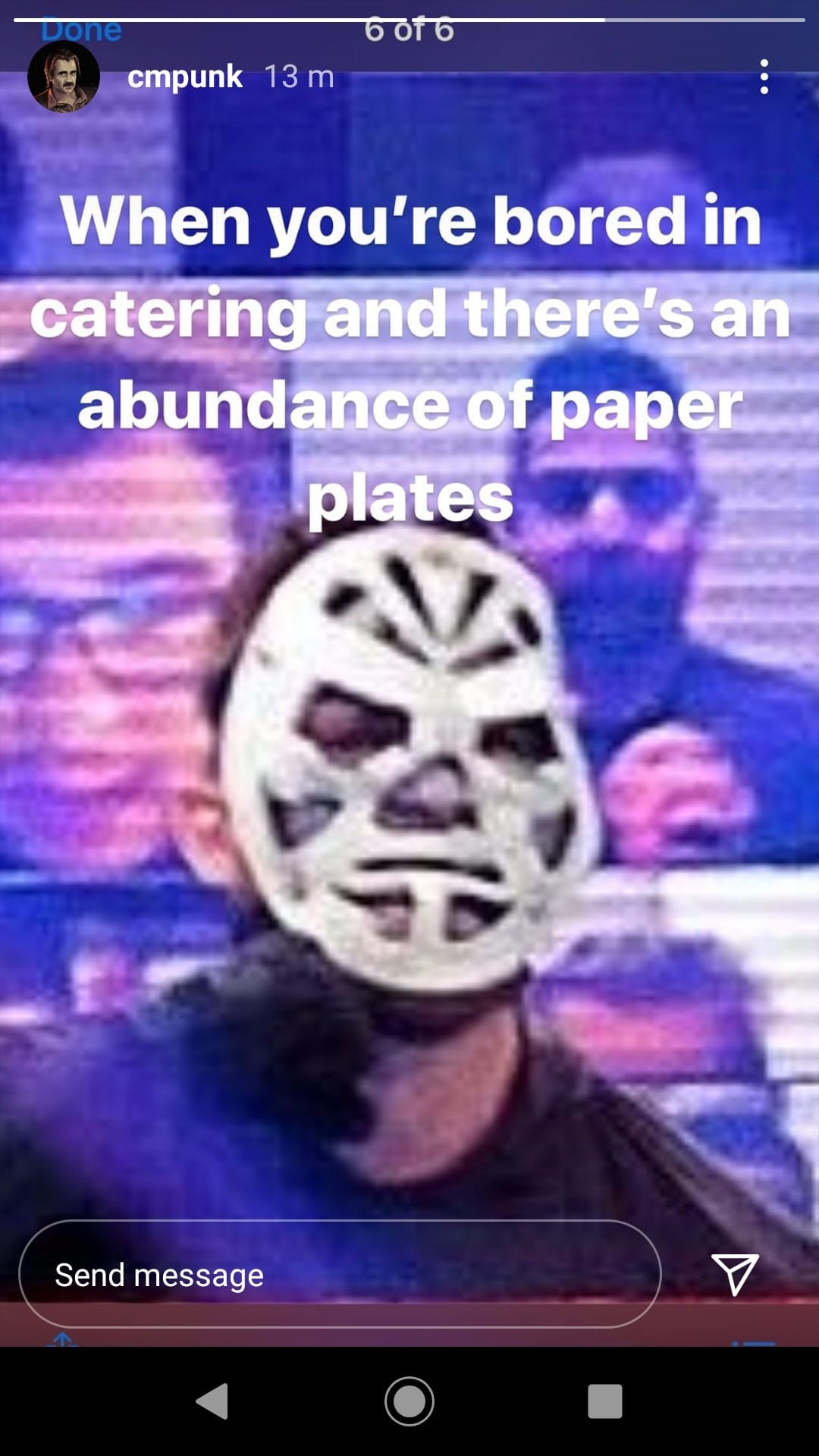 SLAPJACK confirmed his real identity on Instagram after RAW (tap here to know).