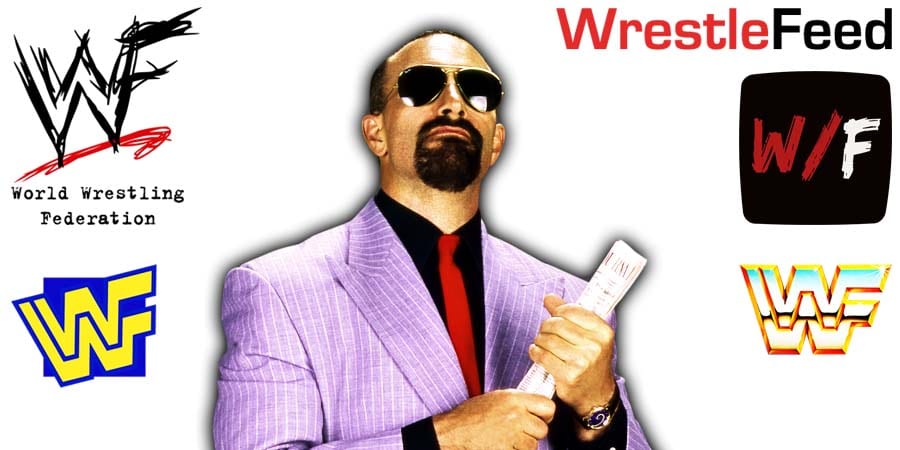 WWE Hall Of Famer Road Warrior Animal passed away at the age of 60 yesterday, the day of his wedding anniversary.

After Hulk Hogan, Ric Flair, WWE and AEW, some more legends and wrestlers have commented on his death.

Today we lost the engine of the train
LOD. Animal was a partner, warrior, and friend. He will be welcomed home by a waiting Hawk. pic.twitter.com/pJ3BSYRSnQ

So deeply saddened to hear about the passing of Road Warrior Animal.
My condolences and prayers to his family, friends and fans.
Gone far too soon, but, Joe did not get cheated in life.
Now he’s back with Hawk, Terry and Buddy.
“OH WHAT A RUSH!”

The Road Warriors were a team who personified excitement, physicality, and the undeniable ability to energize the crowd. @StephMcMahon and I join the Superstars, legends, and our @WWE fans in offering our condolences to the Joe Laurinaitis’ family at this difficult time. https://t.co/pDu4BH77uY

I just learned of the passing of Joe Laurinaitis. Such a huge loss for wrestling – but even bigger for the family he adored.

He treated me like an equal from the first time we met. His example of kindness and humility made a huge impression on me.#RIPRoadWarriorAnimal pic.twitter.com/lec18KLaiZ

The NWA sends its deepest condolences to the family & friends of Animal.

Animal was a pioneer in tag team wrestling winning the inaugural Crockett Cup w/his partner Hawk.He truly embodied the tradition of the sport.

He was a dominant force in the ring & a gentleman outside it. pic.twitter.com/1dns0jZOa6

If you were a kid in the early ‘90s, was there a cooler team than LOD? RIP ANIMAL! pic.twitter.com/idIKvvbS5V

The Road Warriors were larger than life. They made it possible for so many others to live their dreams. Rest in Power, Animal.

When I was 5 years old my Dad took me to The Omni in Atlanta, I was so pumped up all day and could hardly sleep night before solely because i couldn’t wait to see The Road Warriors..
Heard so many stories about them during my 8 years with @njpw1972
RIP to the Legendary Animal ..

Stunned to hear the news. RIP Animal. My heart goes out to his family.