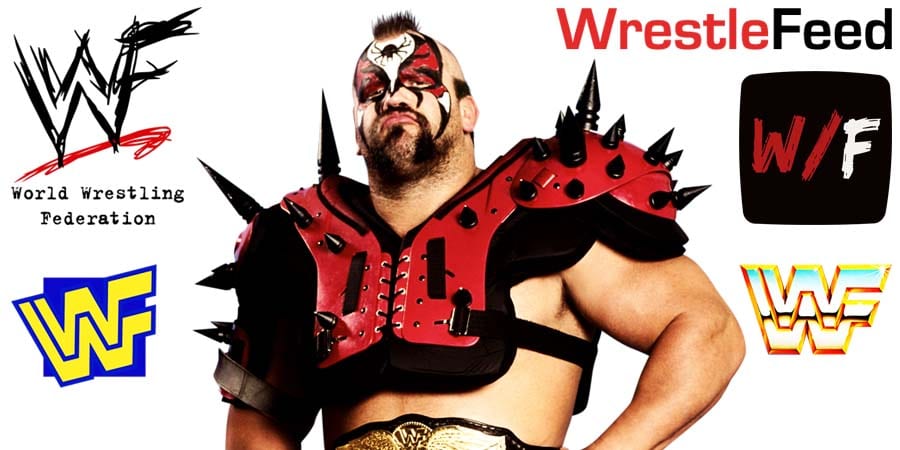 Also Read: Cause Of Road Warrior Animal’s Death, Passed Away On His Wedding Anniversary

Below is what the pro-wrestling world has to say about his death.

RIP Animal,love you my brother, I know you and Hawk have a lot of unfinished business to take care of! God speed and blessings to your beautiful family,one love4Life. HH

I Am More Than Saddened To Hear Of The Loss Of My Good Friend And GREAT Opponent Joe Laurinaitis Of The Legendary Road Warriors. They Were Iconic! The Road Warriors And The Four Horsemen Drew More Money And Had More Fun And Entertained Fans Worldwide At The Highest Level. RIP 🙏🏻 pic.twitter.com/eiZ2udqGNm

WWE is saddened to learn that Joe Laurinaitis, known to WWE fans as Road Warrior Animal, has passed away.

AEW and the wrestling world mourn the passing of the legendary Road Warrior Animal, our thoughts are with his family, his friends and his fans. pic.twitter.com/xAzwv8gngw

“Who is the greatest Tag Team of All Time?”

The answer has always been the same.

My sincere condolences to family, friends and fans of Animal all around the world. #RIPAnimal pic.twitter.com/hQ2Av7xw1X

MY ROAD WARRIOR ANIMAL BROTHER. YOU WERE MOST OVER TAG TEAM EVER. WE HAVE THE BEST TIME IN THE MINNESOTA FOREVER I LOVE YOU. RIP BUBBA pic.twitter.com/dLzAy2uRaa

The greatest tag team of all time was the Road Warriors. Often imitated, never duplicated. Loved both of them as friends and idolized both as the GOATs. RIP Animal-love you my brother, my condolences to everyone affected by this tragic loss. pic.twitter.com/pf2DshCSnB

Shocked to hear of the passing of @RWAnimal.

An iconic figure in our business who I was looking forward to seeing this Saturday night in Jackson, Tennessee at the @JerryLawler celebration.

Condolences to Joe’s family and friends. 🙏🤠

I’m totally shocked to hear my friend and brother in Christ, Road Warrior Animal, has passed away. My thoughts and prayers as well as my heart, go out to the family. RIP my friend. 🙏

Just found out that Road Warrior Animal has left us. Very sad to hear this, always such a nice guy whenever I would see him. So, I have a Tasmanian Devil tattoo on my right arm, he was my inspiration to get that before I started wrestling training. #RIP pic.twitter.com/iynxmE8pkb