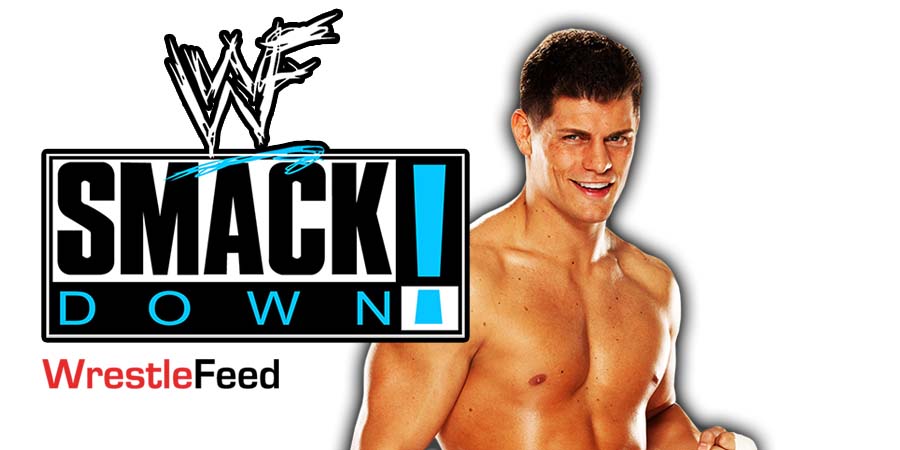 On this week’s episode of RAW after WrestleMania 38, Cody Rhodes opened the show with a promo to reveal what’s his goal in WWE.

He revealed that his goal is to go after a Title that no one from his family could win – the WWE Championship.

A lot of the fans were expecting Cody to confront the Undisputed WWE Universal Champion Roman Reigns later in the show, but that didn’t happen.

However, it could happen tonight. According to PWInsider, Cody is scheduled to be backstage at tonight’s SmackDown after WrestleMania 38.

As of this writing, it is not known whether Cody is there to appear on the show or just there to compete in the dark main event after the show is over.

WWE is teasing the starting of a “New Era” tonight, and Roman Reigns’ 1st challenger for the Undisputed WWE Universal Championship is also expected to be revealed on this episode.

Must Read: 2 Debuts Could Take Place On Tonight’s SmackDown

On this day in 2014, we lost Old School WWF Legend The Ultimate Warrior (Real name: Jim Hellwig) at the age of 54 due to a heart attack caused by atherosclerotic cardiovascular disease.

Warrior became a former WWF World Heavyweight Champion when he defeated “The Immortal” Hulk Hogan in the main event of WrestleMania VI, and is still remembered as one of the biggest draws in professional wrestling history.

In 2014, he was inducted into the WWE Hall of Fame by Linda McMahon.