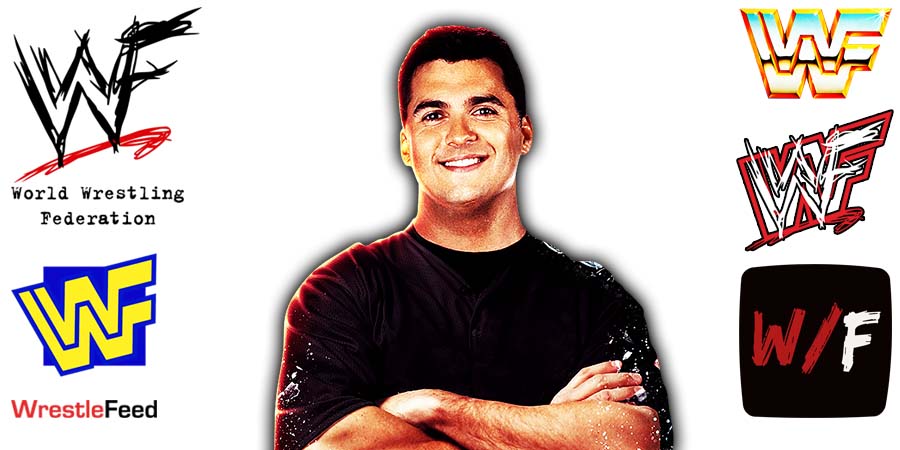 Declan James McMahon, the oldest son of Shane McMahon, will be playing Football at Indiana University.

“I am extremely grateful and excited to announce my commitment to play Football at Indiana University. Go Hoosiers! #LEO”

“So proud to be Declan’s father. Hard work pays off. Go Hoosiers!”

I am extremely grateful and excited to announce my commitment to play Football at Indiana University. Go Hoosiers! #LEO pic.twitter.com/Tpb0OxVzSg

During an interview with ComicBook, Declan was asked if he plans on wrestling in WWE one day.

On if he’ll be a future WWE Superstar:

“I’ve tried [pro wrestling] in my house. I have two younger brothers, so if we’re joking around I’ll pick them up and throw them on the couch.

I’m going in with the mindset that I’ll cross that bridge when we get there.

So right now no plans yet, but down the road, who knows? If I have to jump off a cage like my father, maybe that’s what I’ll do.”

On viewing WWE Superstars as superheroes as a kid:

“As a kid it’s been great because you get to look up to guys you look at as superheroes. Then you see them come home and they’re banged up.

They don’t really look like heroes when they’re your parents. Just being around everybody, I think it’s helped me build my character, just being mature at a young age.”

On this day in Pro Wrestling history on April 7, 2019, World Wrestling Entertainment aired ‘WrestleMania 35’ LIVE on PPV from the MetLife Stadium in East Rutherford, New Jersey.