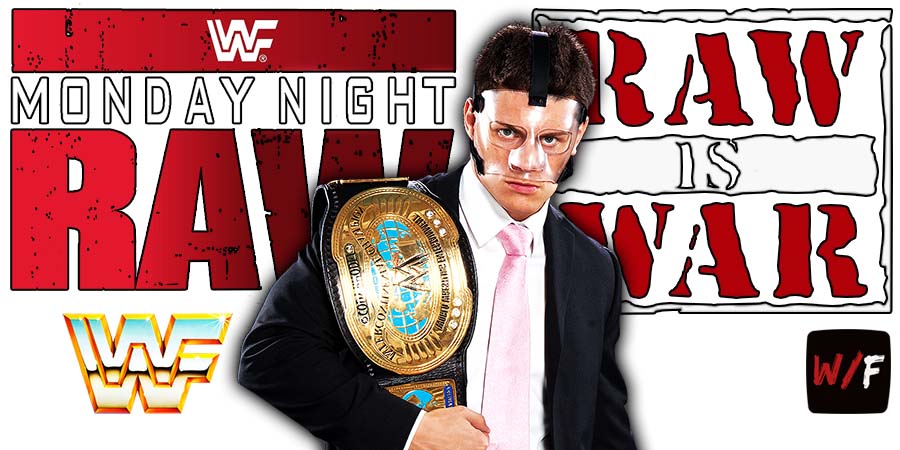 When Cody Rhodes comes to the ring for a match, he gives his weight belt to a kid at ringside.

He did this at WrestleMania 38 and the kid that received the belt couldn’t believe that actually happened, because that was the first time Cody did that in WWE.

On this week’s RAW, Cody appeared on Miz TV in the opening segment. While he was heading to the back after the segment, a relative of a kid at ringside asked Cody if he could give his white belt to the kid because it’s the kid’s birthday. Cody promised them he would.

About an hour later, when Cody came out for his match against The Miz, Cody kept his word and gave the belt to that kid, which resulted in both the kid and the relative jumping in joy.

Konnan vs. The Barbarian