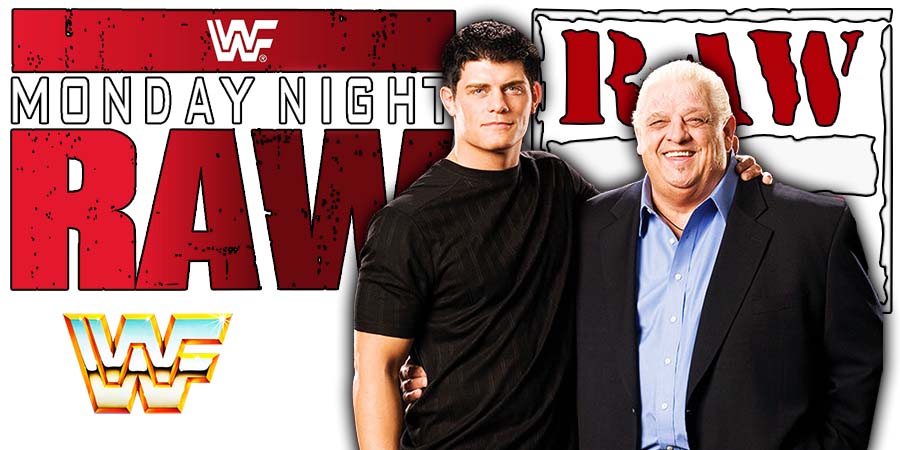 Miz took a shot at Cody and said he wouldn’t be who he is today without his father Dusty Rhodes. Miz says that if Cody wasn’t the grandson of a plumber – he’d be a real plumber.

Cody said Miz hasn’t changed in 6 years at all, but he has.

According to the Wrestling Observer, Cody being booked to use banned WWE words ‘belt’ and ‘wrestlers’ is a part of his character:

“This is all scripted. His gimmick, apparently, is that he gets to say the words that nobody else gets to say and gets corrected.”

It was broadcasted from the Joe Louis Arena in Detroit, Michigan and featured matches, interviews & storyline segments on the road to the ‘WWF In Your House 28: Backlash’ PPV.