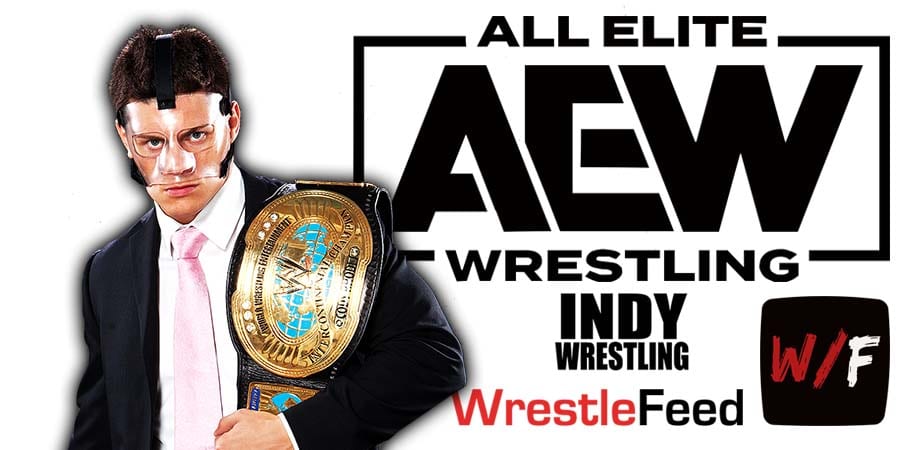 • Cody Rhodes Is A Free Agent

According to Fightful Select, current TNT Champion Cody Rhodes’ contract with AEW expired last year and he hasn’t signed a new deal yet:

“Cody Rhodes is technically a free agent. Cody’s contract expired at the end of 2021, and he’s been working in All Elite Wrestling without a contract ever since.

Based on sources we followed up with in AEW this morning, we’re told that some have known about this over the past several weeks.”

With that being said, fans have begun speculating that Cody could appear in the Men’s Royal Rumble 2022 match on January 29, since WWE has opened the Forbidden Door.

“The third guy I bring in is Cody Rhodes, who can talk as good or better than anybody in the business and I think he would be monster money there now. He proved what he had to prove. He did it in a big way, and it would be brilliant of them to sign MJF, Britt (Baker), and him.”

We’ll keep you updated regarding Cody’s status here on WWFOldSchool.com and on our WrestleFeed App.

On this day in Pro Wrestling history on January 17, 1999, Ted Turner’s World Championship Wrestling aired their annual ‘WCW Souled Out’ event LIVE on PPV from the Charleston Civic Center in Charleston, West Virginia.

The main event saw Bill Goldberg getting his revenge when he wrestled the name who helped in ending his streak, Scott Hall, in a stun-gun ladder match.