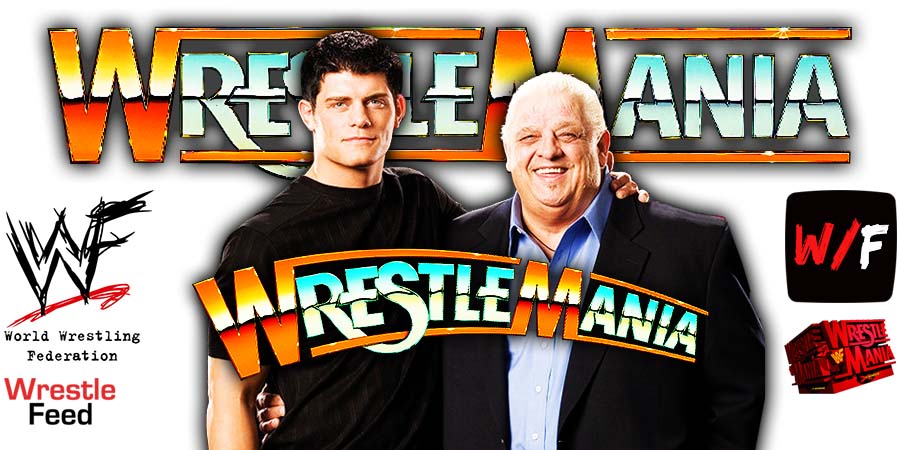 • Cody Rhodes On Who Backstage In WWE Knew He Was Returning

During an interview on The Ringer Wrestling Show, RAW Superstar Cody Rhodes talked about his return to WWE, facing Seth Rollins in his 1st match back & more.

On who backstage in WWE knew he was returning:

“Nobody. The real ones, the OGs knew [I was coming back]. The one guy who had a hard time not being told was Kevin Owens. I was just wanted to keep it quiet, keep it on the low.

I didn’t even tell Randy [Orton], I haven’t even seen Randy. I heard he’s a really good guy. It blows my mind. This guy threw a dynamite stick in a lobby in Mexico the first week I met him. Now, he’s a family man? What the hell are we doing?

I didn’t tell anyone, I kept it very limited. Only Brandi knew, my mom knew, maybe a few others.

My cousin works here as a timekeeper, and even he didn’t know. It was the best-kept secret in wrestling but I really wanted to keep everything low-key.

WrestleMania is the one time you don’t know what’s happening, and won’t know until you see it. Like when Bryan Danielson won the Title at WrestleMania 30, you knew he was going to, but had to wait until the end of the night to see it.”

On facing Seth Rollins on his first night back:

“There’s nobody else it could have been. Seth walked into the ring at a live event in Michigan, it was his first match after coming out of FCW. It was against me.

Then, in Dayton, Ohio, he had his first dark match on TV against me. The Shield vs. Rhodes Brothers were some special matches that I blocked out of my head for some reason.

It needed to be him. And here’s why: this isn’t a knock against Seth, but I heard so much about Dusty’s kids at NXT, to the point where: ‘what about his real kids?’ Again, [I’m a] slow learner, maybe it took me a while to walk out there and win his respect, as he earned mine once.

But this is a different guy now, he’s been to the top of the mountain. It couldn’t have been anybody else. It had to be him – now that I think about it.”