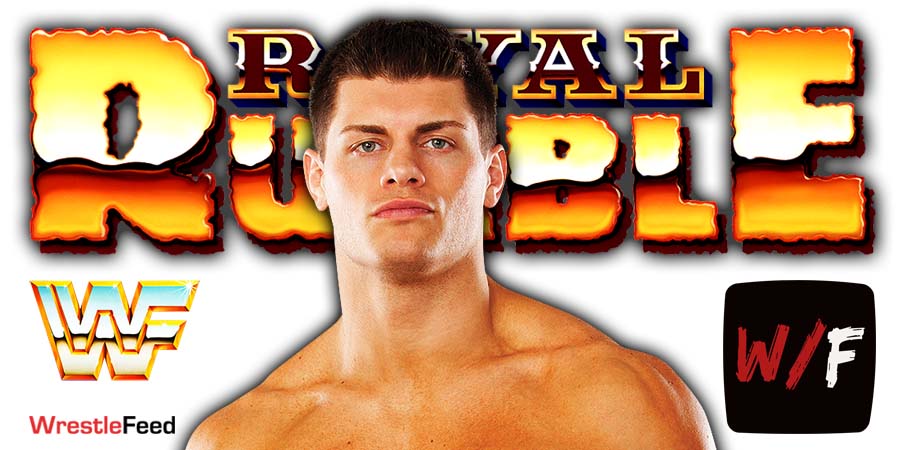 Cody Rhodes, son of Old School WWF/NWA Legend ‘The American Dream’ Dusty Rhodes, is currently out of action with an injury and was last seen at the RAW after the Hell In A Cell 2022 PLE, after returning from AEW to WWE earlier this year at WrestleMania 38.

At the recent San Diego Comic Con, The American Nightmare was interviewed and asked when he’ll be back from his injury, to which he replied with a tease of a potential Royal Rumble 2023 return, mentioning his respectable Royal Rumble match statistics.

“My Royal Rumble stats are top 10, they’re phenomenal. So if I was to come back at that event, there is a chance I could actually get up in the top 5 and I’m all about that. You never know! We’ll see.”

Cody recently won the ESPY Award for WWE Moment Of The Year, for his WrestleMania 38 return.

It featured pre-taped matches, interviews & storyline segments on the road to the “WCW Fall Brawl 1993” PPV.

Maxx Payne vs. Johnny B. Badd