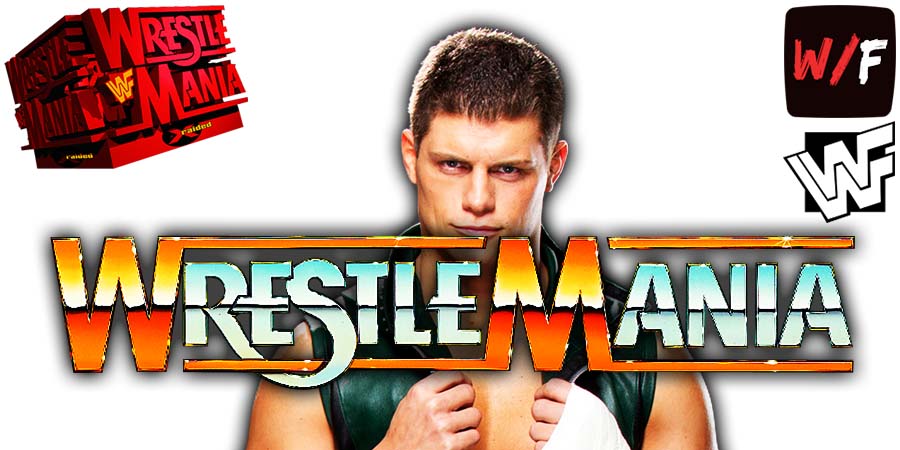 During an appearance on Busted Open Radio, Cody Rhodes talked about returning to WWE at WrestleMania 38.

Cody revealed that the person he was most excited to meet backstage at WrestleMania 38 was Bianca Belair, who had just defeated Becky Lynch to win the RAW Women’s Championship.

You’re always happy when you can hear a hot crowd and they had set up such a brilliant crowd and put us in a difficult position to follow.

I thought she was just a total queen when I met her, and to be able to be one of the first people to say congratulations, even though I’m brand new on the team, that was very nice and I’m a big fan having watched her last year what she did with Sasha [Banks]. Big fan.”

Rocca wrestled for Vince McMahon Sr.’s Capitol Wrestling Corporation (which in 1963 was renamed “World Wide Wrestling Federation”) from 1949 till the 70s.