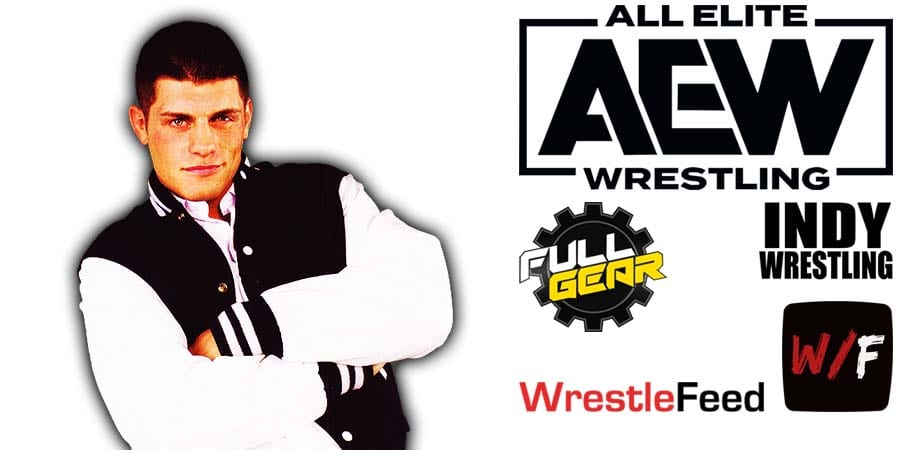 Cody Rhodes has left AEW and he is now expected to return to WWE.

If you are thinking Cody is going to appear on a popular podcast to reveal what led to his AEW departure, then that’s not going to happen.

According to the Wrestling Observer, Cody and AEW President Tony Khan have an agreement in place to not reveal any of their talks publicly:

“I’ve been in contact with Cody, you (Bryan Alvarez) have too, but this is like the basic situation, that we haven’t talked about this, because I think that Tony and Cody pretty much had an agreement that – aside from their statement – that’s the only public stuff that they’re gonna say.”

On this day in Pro Wrestling history on February 20, 1989, the World Wrestling Federation held a televised house show in the world’s most famous arena, Madison Square Garden in New York City, New York.

This live event featured matches on the road to the ‘WrestleMania V’ PPV.