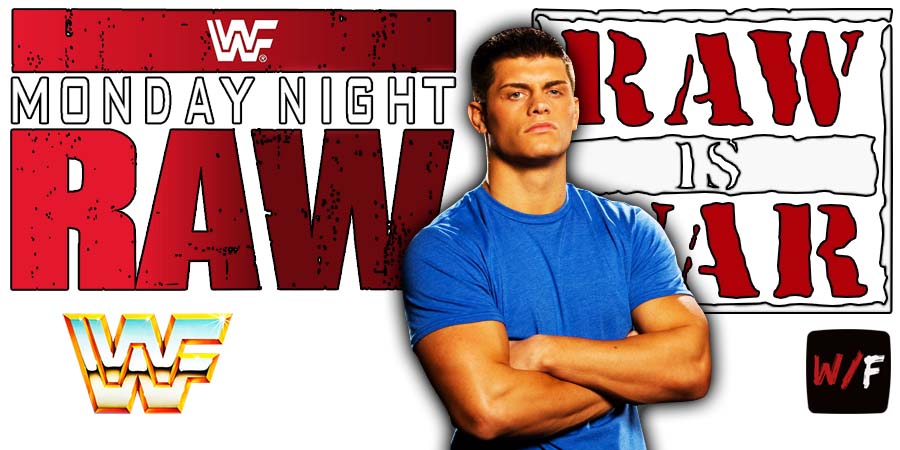 WWE Officials want to book Cody Rhodes vs. Seth Rollins at WrestleMania 38, but Cody hasn’t signed with WWE yet.

WrestleMania 38 is 3 weeks away and WWE needs to book Rollins in a program for this show as soon as possible because time is running away.

According to the Wrestling Observer, Cody’s WrestleMania status will be clear after Monday’s RAW in Jacksonville:

If they start Rollins on with a new feud with somebody different, that tells you that Cody Rhodes is probably not at WrestleMania or they’re playing hardball back with him.

After Monday’s show, we’re gonna have a better idea.”

It was broadcasted from the Staples Center in Los Angeles, California and featured matches, interviews & segments, on the road to the ‘WWF WrestleMania X-Seven’ PPV.