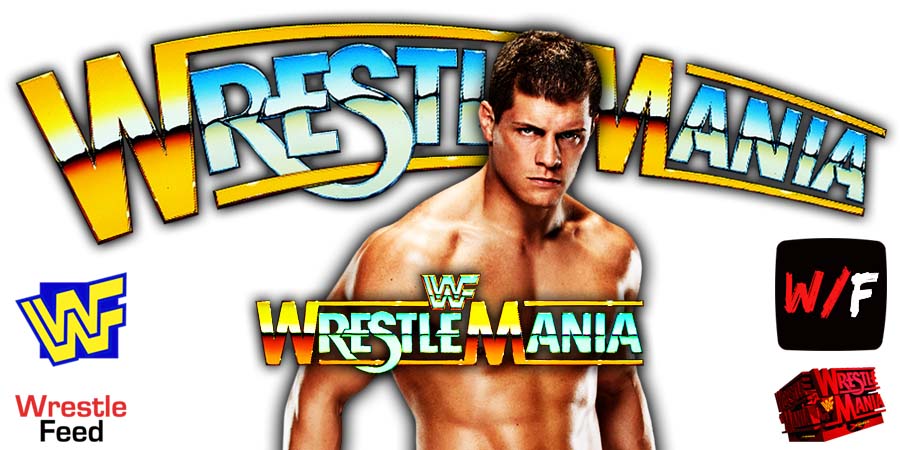 Will former Intercontinental Champion Cody Rhodes return to WWE? Or will he go back to AEW to run ROH Wrestling along with Tony Khan?

They don’t know what’s going on with Cody Rhodes. They’re not sure. We’ll have to wait and see how that plays out. It’s up in the air. They don’t know.

They thought they had him. It’s not like’s it’s dead, it’s not like they think they don’t have him but they are not sure. So, that’s the situation with Cody.”

On if Cody will end up returning to AEW to run ROH Wrestling:

“Everyone in the world thinks that Cody runs Ring of Honor or something,” Meltzer stated. “I suppose there’s a way to do that angle and everything like that, you know? I guess we’ll just have to wait and see how this all plays out.”

Killer Khan originally appeared in Vince McMahon Sr.’s WWF from 1980 to 1982, which included his feud with “The Eighth Wonder of the World” André The Giant in 1981, that culminated in the famous Mongolian Stretcher match.

Though he returned to the World Wrestling Federation for a few months in 1987 to feud with then WWF World Heavyweight Champion “The Immortal” Hulk Hogan.