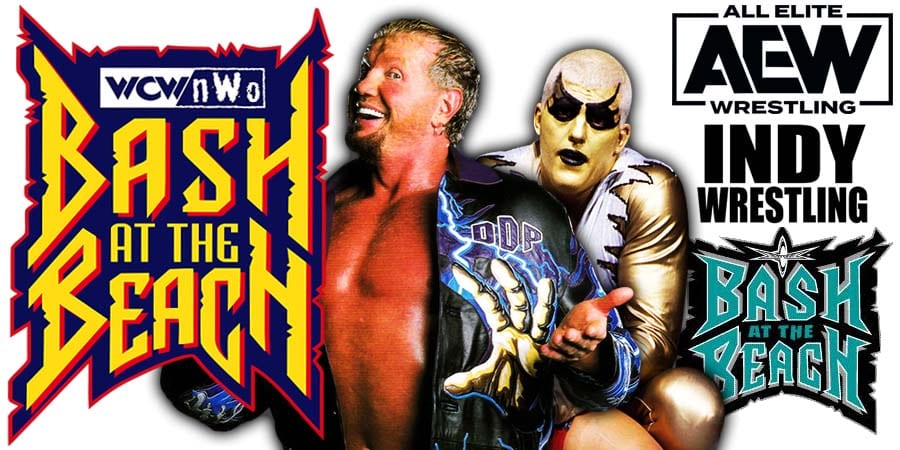 1. The Wall vs. Frankie Lancaster

• Complete AEW vs. NXT Results – WWE Hall Of Famer Loses At Bash At The Beach

Below are the complete results from tonight’s WWE NXT on the USA Network:

– Undisputed Era attacked Keith Lee, but Tommaso Ciampa made the save.

– Broserweights (Matt Riddle & Pete Dunne) def. South Wales Subculture to advance to the next round of the Dusty Rhodes Tag Team Classic

– Tommaso Ciampa says he wants the NXT Championship back and gets attacked by The Undisputed Era. Johnny Gargano makes the save.

– Grizzled Young Veterans def. Time Splitters to advance to the next round of the Dusty Rhodes Tag Team Classic

Below are the complete results from tonight’s “Bash At The Beach” special episode of AEW Dynamite on TNT:

– Cody Rhodes agrees to MJF’s stipulations and MJF vs. Cody is made official for Revolution PPV. Cody claims he will give MJF his own scar.

– The first Steel Cage Match in AEW will be Cody Rhodes vs. Wardlow on February 19th

– PAC def. Darby Allin (Jon Moxley vs. PAC is made official for The Cruise of Jericho, with the winner facing Chris Jericho for the AEW World Championship at Revolution PPV)