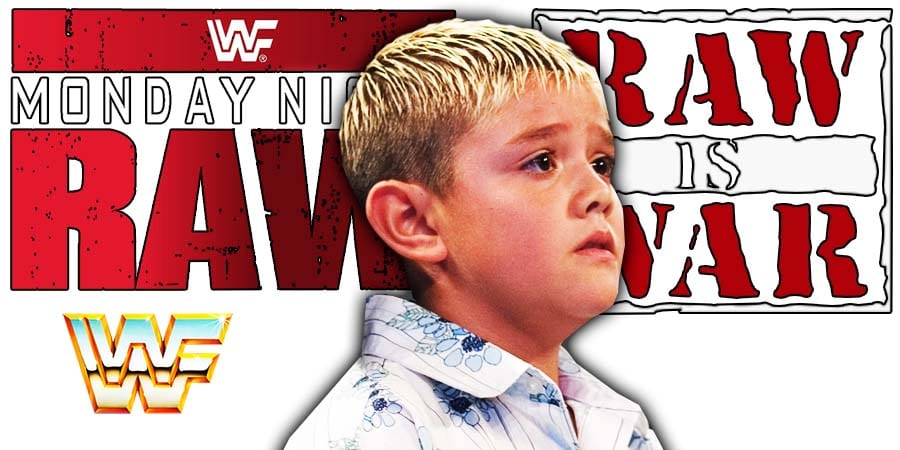 Below are the complete results from tonight’s episode of RAW:

– Drew McIntyre took out Randy Orton with a Claymore Kick

– SmackDown Tag Team Champions Cesaro & Shinsuke Nakamura interrupted The Street Profits and set up a Champions vs. Champions match for next week’s RAW

– Peyton Royce def. Billie Kay (Peyton helped Billie get up after the match)

– Charly Caruso interviewed The Mysterio Family and Dominik Mysterio vs. Murphy will now be a Street Fight

– Randy Orton def. Keith Lee via DQ (During the ending moments of the match, Orton hit Lee with an RKO and then Drew McIntyre hit Orton with a Claymore Kick to cause the DQ)

#RETRIBUTION just took over #WWERaw with a powerful message! pic.twitter.com/lNIXSkxm0y

"The darkness of RETRIBUTION will seep into the pores of every Superstar and all of your so-called universe."#WWERaw pic.twitter.com/tUCd79PuFS

– Dabba-Kato interrupted the Kevin Owens vs. Aleister Black fight on RAW Underground and destroyed both of them

– Drew McIntyre attacked Randy Orton backstage and delivered another Claymore Kick. This was the 3rd Claymore Kick of the night to Orton. Orton was then taken to a medical facility in an Ambulance

– Dominik Mysterio def. Murphy in a Street Fight (Murphy quit after the entire Mysterio Family attacked him with Kendo Sticks)

The Mysterio family is going to TOWN on @WWE_Murphy, so much so that he just QUIT the match! #WWERaw @35_Dominik @reymysterio pic.twitter.com/9W4907H40J