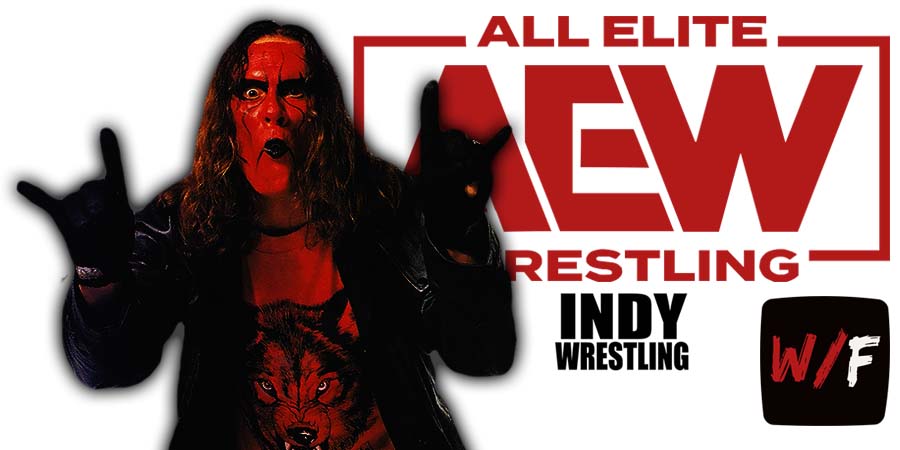 – Christian Cage def. Angelico in the opening match of tonight’s AEW Dynamite (After the match, Matt Hardy & Jack Evans attacked Christian. Jungle Boy then came out and chased them off)

– Tony Schiavone announced that it will be The Factory vs. Cody Rhodes and the debuting Brock Anderson next week on Dynamite. QT Marshall interrupted and challenged Cody to a South Beach Strap Match on July 7th in Miami.

– AEW announced their welcome back tour:

Fight For The Fallen (July 28)

– The Pinnacle responded to Inner Circle. FTR said Santana & Ortiz are happy with being footnotes in Inner Circle, and that’s why they will never be AEW World Tag Team Champions.

Wardlow claimed that Jake Hager is obsessed with him, but he will end it in the MMA Cage Fight.

MJF said he realized he looked up to a false god in Chris Jericho, and denied his challenge. MJF told Sammy Guevara to keep his name out of his mouth as he has the same speaking skills as Helen Keller.

Inner Circle appeared on the screen and destroyed The Pinnacle’s limousine. Hager got a forklift and lifted up the limo. Jericho told MJF to call an Uber if he wants a ride home.

The #InnerCircle just threw gas on the 🔥🔥🔥, and now #thePinnacle needs to find a ride.

– Darby Allin told Sting that he respects him too much, and doesn’t want another tag team partner. Darby said he will face Ethan Page & Scorpio Sky next week in a Handicap Match, and asked Sting to stay home. Sting resisted at first, but then agreed to stay at home.

. @DarbyAllin makes a shocking and possibly dangerous pick to replace @Sting when he faces @ScorpioSky and @OfficialEGO next week on #AEWDynamite
Tune into @tntdrama NOW to watch #AEWDynamite! pic.twitter.com/CZPkrXXR8C

*Go to the NEXT page to continue reading the results