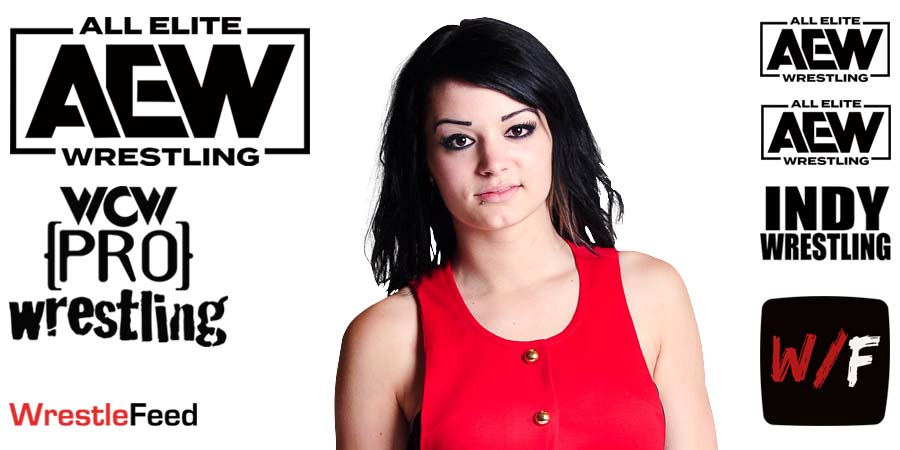 Anna Jay introduced Jericho as the Greatest ROH World Champion of all time.

Jericho said he’s the most viewed ROH Champion of all time and it took him just a week, and said ROH will now stand for Ring of Jericho. Jericho said he has a gift for Daniel Garcia and it’s a purple hat.

Garcia told Jericho that he thinks it’s time for him to make a decision. Jericho said that Garcia needs to think about what he wants for his career.

Garcia told Jericho that he belongs to no one and wants a match. Matt Menard got upset at Garcia and said that he and Angelo Parker were here for Garcia when he had no one and should be grateful, but now he wants to knock out Garcia. Bryan issued a challenge to Menard.

– Wheeler Yuta said that MJF has a history of hiding people in The Inner Circle, The Pinnacle, and now The Firm because he knows in the ring he can’t hang.

MJF came out and said that Yuta has as much charisma as Joe Frazier and called The Gunn Club. MJF said that Yuta can have a match against him next week.

– Jay Lethal vs. Darby Allin is announced for next week’s 3 Year Anniversary of Dynamite. Darby told Lethal that he will be without Sting, and wants Lethal to face him without Sonjay Dutt & Satnam Singh at ringside.

– Saraya (fka Paige in WWE) said AEW is her house now and called out the AEW Women’s Division.

Britt Baker, Jamie Hayter, Rebel & Penelope Ford interrupted. Britt said Saraya is just a catchphrase, while she is the face of the Women’s Division and has put her neck on the line every night, and unlike Saraya her neck actually can stand it.

Saraya told everyone to stay put as Toni Storm vs. Serena Deeb is now a Lumberjack Match.

Dr. @realbrittbaker D.M.D isn't about to let @saraya have the last word! Tune in to #AEWDynamite LIVE on @TBSNetwork! pic.twitter.com/7RNJHHfvpp

It's just been made official: the #AEW Interim Women's World Championship Match between Toni Storm and @SerenaDeeb will now be a Lumberjack Match! Tune in to #AEWDynamite LIVE on @TBSNetwork! pic.twitter.com/3It0Cgr1Lw

– Matt Hardy said that if Private Party can leave the AFO, things will be different this time for the three of them.

After the match, Jericho said he will continue to be the most honorable ROH World Champion and challenged Bryan Danielson to face him for the Title at AEW’s first show in Toronto, Canada. Jericho then took out Bobby Cruise with a Judas Effect.

In a despicable post-match display, #ROH World Champion @IAmJericho disrespects everything that @ringofhonor represents, and challenges @bryandanielson to a World Title match in Toronto! What a night it has been on #AEWDynamite LIVE on @TBSNetwork! pic.twitter.com/fwrUdsKP2b

– Koko B. Ware vs. The Gladiator

– The Iron Sheik & Nikolai Volkoff vs. The British Bulldogs