Below are the complete results from tonight’s show:

– Taz joined the commentary team as a replacement for Tony Schiavone

The American Nightmare @CodyRhodes is back and ready with new manager #TheEnforcer Arn Anderson #AEWDynamite pic.twitter.com/QiSePkmbxZ

– AEW World Champion Chris Jericho offers Jon Moxley to join The Inner Circle and he will get 49% of leadership, and a free Ford. Moxley says he always considered Jericho a friend and will give him his answer next week.

– MJF announces that he will face Cody Rhodes at AEW Revolution PPV, but there are three stipulations for it to happen:

1. Cody can’t lay a finger on him until Revolution

2. Cody must defeat Wardlow in a Steel Cage Match

3. Cody must get whipped by MJF 10 times on a future Dynamite episode 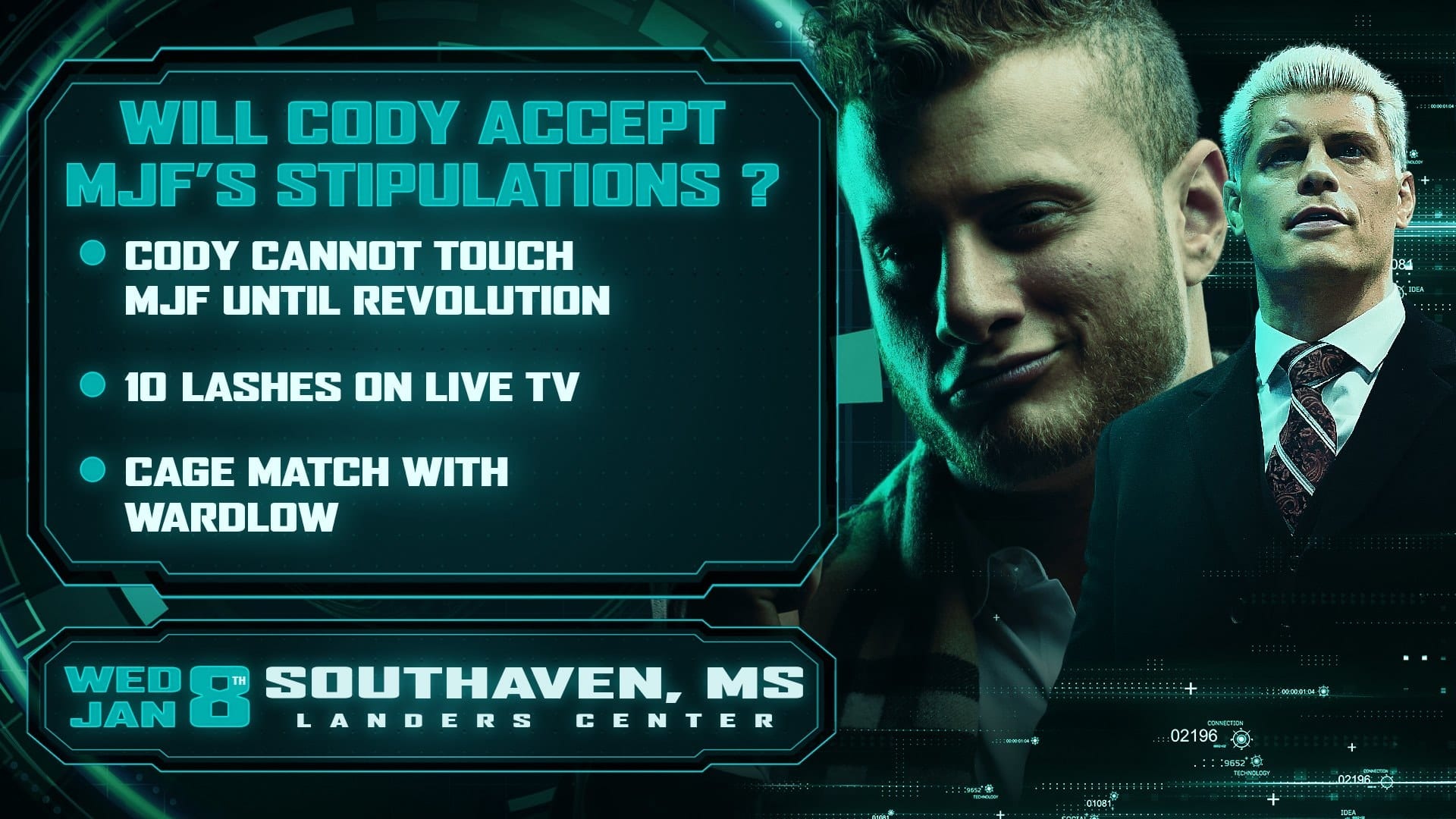