Below are the results from tonight’s episode of AEW Dynamite, which was an AEW Fyter Fest (Night 1) special episode:

– TNT Championship Match: Cody Rhodes (c) def. Jake Hager to retain the Title (Hager thought he won the match and was upset, so he knocked out the Referee when he found that he lost)

– Chris Jericho (who was on commentary tonight) tried to attack Orange Cassidy, but referees and wrestlers held him back

– Jon Moxley (c) vs. Brian Cage for the AEW World Championship will no longer take place next week due to Moxley needing to take the COVID-19 tests due to his wife, Renee Young, testing positive. The World Title match will now take place in two weeks at AEW Fight For The Fallen. 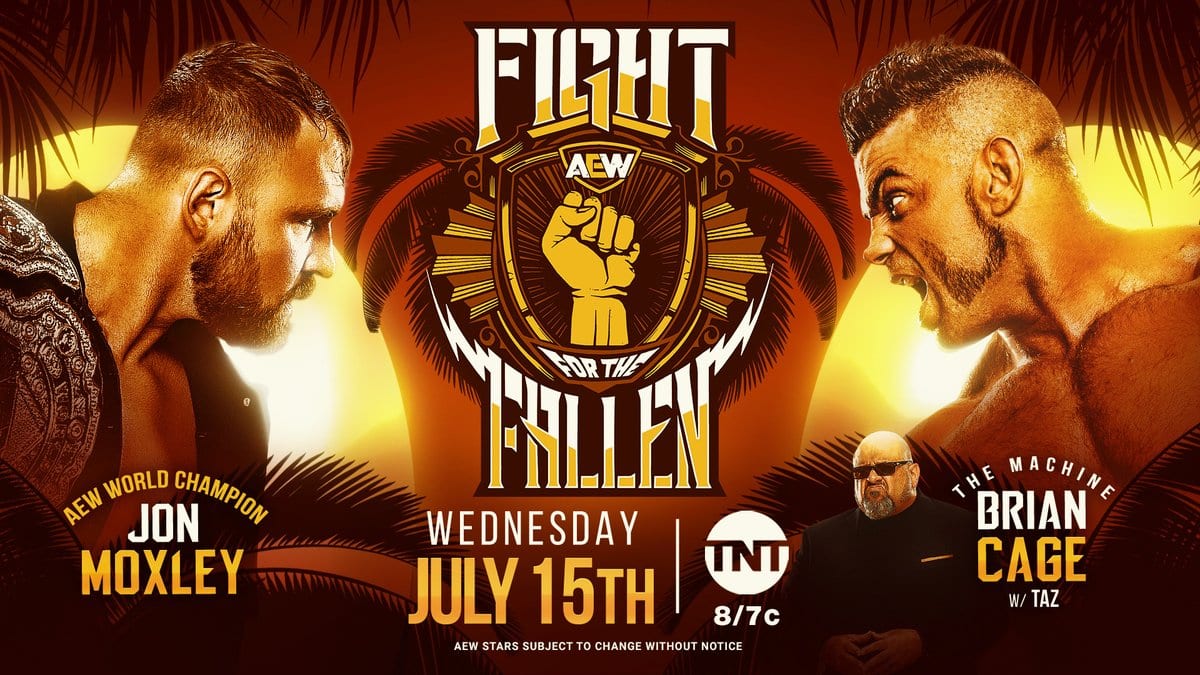 – AEW World Tag Team Championship Match: Kenny Omega & Hangman Page (c) def. Best Friends to retain the Titles (FTR offered them a beer after the match. Omega takes a sip and then drops it on their feet. Hangman gets upset with Omega for wasting beer. The Young Bucks then came out to prevent a fight)