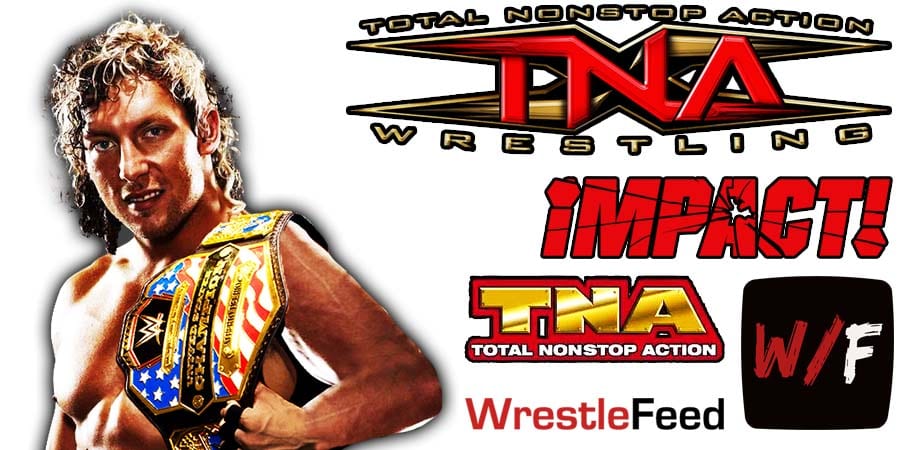 – Eric Young def. Cody Deaner (After the match, EY & Joe Doering attacked The Deaners, but Rhino showed up with a pipe and chased them away)

– Taya Valkyrie & Rosemary def. Deonna Purrazzo & Kimber Lee to advance to the next round of the Knockouts Tag Team Championship tournament

Callis said he booked Omega to face Chris Jericho in the Tokyo Dome leading to the eventual birth of AEW. Callis said he and Omega pulled off The Golden Screwjob last week on Dynamite.

Omega claimed he’s always in the conversation when talking about the best matches, and wants to collect more Titles to his collection, but he has an even bigger announcement on tomorrow’s Dynamite.

As an historic gift to the IMPACT fans, @KennyOmegamanX and @TheDonCallis treated us to @JonMoxley's nameplate being removed from the @AEW World Championship and replaced with Kenny Omega's. #IMPACTonAXSTV pic.twitter.com/MRFIF8vQCo

"When you involve family, when you lay your hands on the invisible hand – what do you expect me to do?" @KennyOmegamanX explained why he used the microphone as a weapon against @JonMoxley. #IMPACTonAXSTV pic.twitter.com/fMY13xm2Wh

US Tag Titles: Young Pistols vs. The Patriots