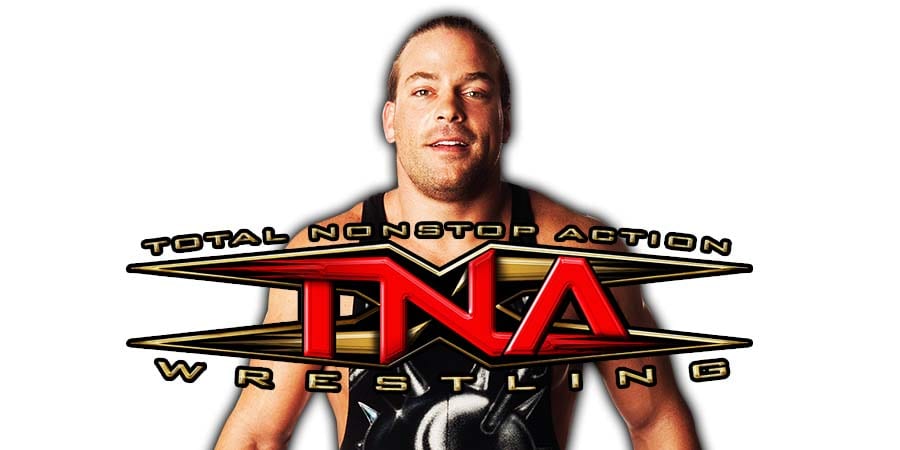 Below are the results from tonight’s post-Slammiversary episode of Impact Wrestling:

– Heath Slater couldn’t get into the building

Poor @HEATHXXII still can't get in the building. #IMPACTonAXSTV pic.twitter.com/ELibeIIKov

– Sami Callihan blamed Ken Shamrock for their loss at Slammiversary. Shamrock says if he has a problem with him, then he’ll see him in the ring next week

Nobody is more upset that they didn't capture the World Tag Team Championships than @ShamrockKen. #IMPACTonAXSTV @TheSamiCallihan pic.twitter.com/0J2VCnmpqc

"The fans want to see my body but I was trying to punish them and ended up punishing myself."@TheKatieForbes and @TherealRVD are back on IMPACT! #IMPACTonAXSTV pic.twitter.com/ntio0ao94j

– Rhino def. Hernandez (and won all the money that was on the line in their arm wrestling match from last week)

– Brian Myers (fka Curt Hawkins in WWE) is now in Impact Wrestling. You can check out his debut vignette below:

Did you think we were done at #Slammiversary? #IMPACTonAXSTV @Myers_Wrestling pic.twitter.com/aMrCC64mNK

– New Impact World Champion Eddie Edwards came out and said he’s going to be defending his Title every week against people who think they deserve a title match. Eric Young then came out and Edwards said Young doesn’t deserve a title match after his attack on Rich Swann at Slammiversary. Young then said that Impact Wrestling belongs to him and the reason Edwards is in the ring right now is because of him. This leads Edwards diving on Young and a brawl broke out.

The following matches have been announced for next week’s episode of Impact Wrestling:

– Eddie Edwards (c) vs. Trey for the Impact World Championship

– The Good Brothers vs. Reno Scum