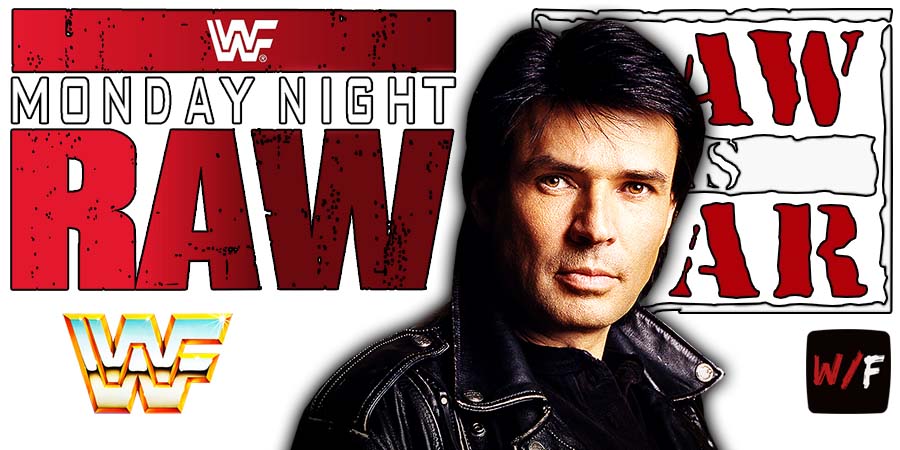 – Eric Bischoff returned to WWE programming. He will be the one who will officiate the renewal of The Miz & Maryse’s wedding vows.

– AJ Styles came to the ring for his match against Omos, but NXT 2.0 Superstar Grayson Waller came out. Grayson said since AJ showed up to NXT last week, he decided to show up to RAW.

AJ said RAW is where stars are made and Grayson isn’t a star. Apollo Crews & Commander Azeez interrupted them. Apollo said Omos isn’t here tonight but if AJ wants to face a giant, he can face Azeez. However, Apollo then gave Azeez the night off and will he will now face AJ instead.

– The Miz & Maryse renewed their wedding vows in the main event segment, but Edge interrupted. Edge said Miz embarrassed him for two weeks straight, so now it’s his turn to embarrass him. Edge then gave both Miz & Maryse a Brood Blood Bath to end RAW.

NOTE: Multiple WWE Superstars didn’t appear on tonight’s show due to COVID-19 (they either tested positive or might have been exposed to someone who tested positive, and WWE wants them to recover in time and be ready for this Saturday night’s WWE Day 1 PPV). WWE Champion Big E and Seth Rollins (who tested positive) appeared on the show through videos from their home.