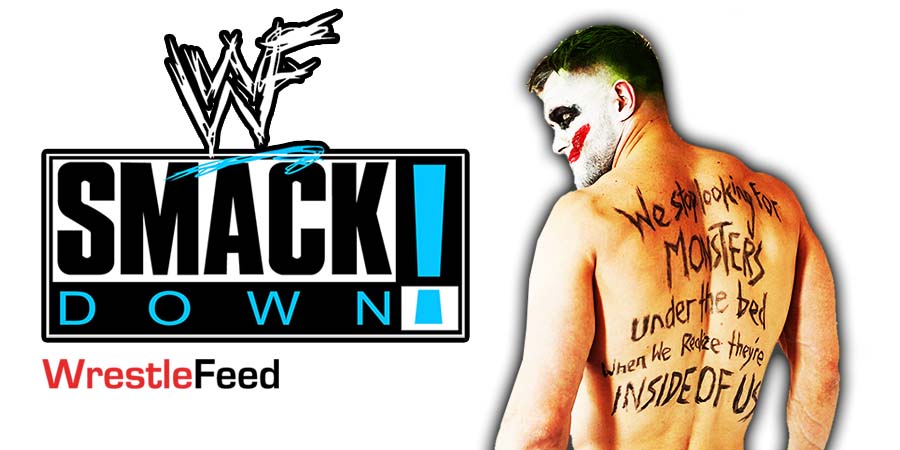 – Sasha Banks kicked off SmackDown and said she turned on Bianca Belair because Bianca stole the spotlight she created, and she wants it back. Sasha claimed Bianca wouldn’t be anything without her.

Bianca came out and told Sasha that she remembers Sasha begging her to face her at WrestleMania. Bianca told Sasha if she wants a match for the SmackDown Women’s Title it’s on.

Zelina Vega interrupted. Zelina reminded Bianca that she already accepted her challenge before Sasha swooped in. Bianca said she will face Zelina tonight, and will defend her SmackDown Women’s Title against Sasha at SummerSlam 2021.

– Tegan Nox def. WWE Women’s Tag Team Champion Tamina with a Roll Up after Shotzi shot Tamina with her tank

– Edge challenged Seth Rollins to a match at SummerSlam. Seth told Edge that he will call the shots, and will think about it. Seth said Edge should think carefully if he really wants to face him as he will end his comeback.

Edge reminded Seth that he eliminated him from the past 2 Royal Rumble matches. Edge claimed Seth will always walk in his shadow and be ‘Edge Lite’. Seth told Edge to shut up and accepted his challenge.

– Finn Balor def. Baron Corbin (After the match, Finn said if he has to go through John Cena to face Roman Reigns, then so be it. Roman Reigns came out and told Finn Balor to keep his name out of his mouth. Finn shoved Roman out of the ring. The Usos came out and attacked Finn, but he fought them off. Roman joined in and made Finn tap out)