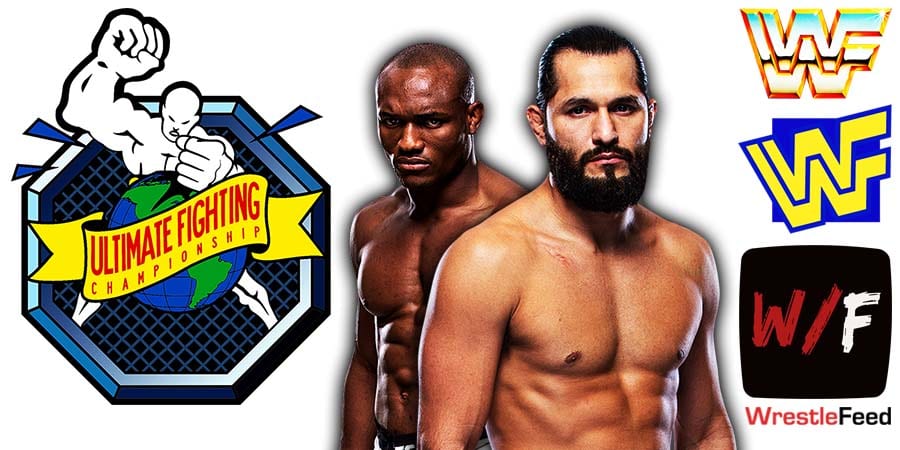 Below are the main-card results from tonight’s UFC 261 pay-per-view:

– Uriah Hall def. Chris Weidman via TKO (leg injury) in 17 seconds of Round 1 of their Middleweight (185 Lbs) bout

Below are some notes from tonight’s PPV:

– Chris Weidman broke his leg and will undergo surgery tomorrow. You can watch it below:

– Kamaru Usman has the second-longest winning streak in UFC history (14), only behind UFC Legend Anderson Silva (16).

– You can watch Jorge getting brutally knocked out below:

– The Junkyard Dog vs. Barry Horowitz

– The Ultimate Warrior vs. Dick Donovan