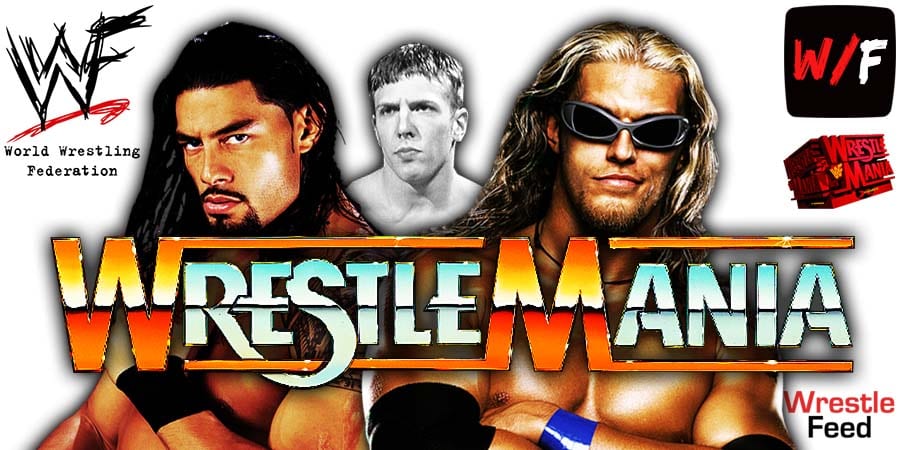 – Tonight’s WrestleMania edition of SmackDown kicked off with Daniel Bryan. Bryan said he loves the Thunderdome, but is excited to wrestle in front of a live audience again at WrestleMania 37 on Sunday night.

Bryan says he’s used to being told no. He said Batista, Randy Orton, Roman Reigns and Edge would all agree that he didn’t deserve to main event WrestleMania, but he said Yes.

Bryan ended his promo by saying that Edge and Roman will get the best of him at WrestleMania 37 and he will walk out as the Universal Champion.

– Tamina def. WWE Women’s Tag Team Champion Nia Jax via DQ after Shayna Baszler interfered (Natalya made the save after the match)

– Edge said he never got to walk away from wrestling on his own terms, it was ripped away from him. He said he fought fate and came back to steal the show and main event WrestleMania again. Edge said he had to miss 9 WrestleManias, and the troll Daniel Bryan stuck his nose in his spotlight.

"I fought and I ripped my career right back out of fate's hands!"@EdgeRatedR is locked in ahead of his #UniversalChampionship match at #WrestleMania! #SmackDown pic.twitter.com/ih7Y48UQF0

Edge said Roman Reigns started his WWE career in a 3 man group, and came in through the crowd, and uses a Spear as his Finisher. Edge claims Roman is just a Samoan Edge.

Edge said calling him a part-timer is an insult to his work ethic as he is competing at a level that no one who has before (who had the same injuries).

Edge said he’s the Rated R Superstar and will be the next Universal Champion whether you like it or not.

"You have NO IDEA the pain that I have gone through to get this back!!"#SmackDown #WrestleMania @EdgeRatedR pic.twitter.com/0RUUR6DuD5

*Go to the NEXT page to continue reading SmackDown results