This episode featured pre-taped matches, interviews & storyline segments on the road to the “WCW Slamboree 1995: A Legends’ Reunion” PPV.

Below are the complete results from tonight’s episode of WWE NXT:

– The show kicked off with a tribute to Shad Gaspard

– Tommaso Ciampa vs. Karrion Kross has been made official for NXT TakeOver: In Your House

– Mia Yim def. Santana Garrett (Candice LeRae & Johnny Gargano went after Mia after the match and Keith Lee came out to even the odds)

– Roderick Strong def. Dexter Lumis with a roll-up (Lumis put Strong to sleep after the match. Undisputed Era attacks Lumis, Velveteen Dream made the save)

– Matt Riddle agrees to Timothy Thatcher’s stipulations, but adds one of his own – KO, Submission Match inside a Steel Cage

– Drake Maverick def. KUSHIDA (Drake Maverick vs. KUSHIDA vs. Jake Atlas in a Triple Threat Match is announced for next week, and the winner of that match will face El Hijo del Fantasma for the Interim NXT Cruiserweight Championship)

– Matt Riddle vs. Timothy Thatcher in a Steel Cage Fight is announced for next week’s NXT

– MJF def. Marko Stunt (MJF attacked Marko after the match, but Jurassic Express made the save)

– Arn Anderson & Jake “The Snake” Roberts agree to a sit down interview together, but they quickly get into it and have to be separated (Jake’s WWE Hall of Fame ring was shown in close-up during this segment) 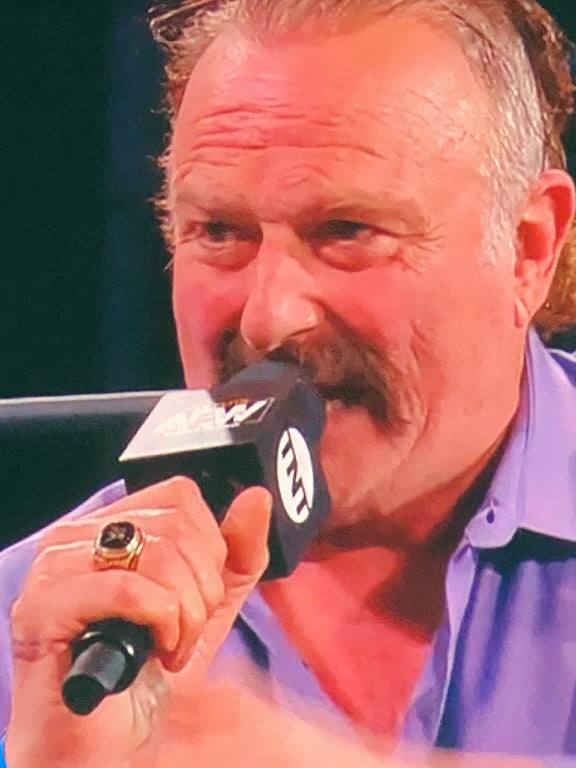 – Nyla Rose & Britt Baker def. Hikaru Shida & Kris Statlander (After the match, Nyla tried to put Shida through a table, but Shida suplexes her through the table instead)

– Shawn Spears is upset he doesn’t have a match at Double Or Nothing, so he challenges Dustin Rhodes

Also Read: There Might Be ‘Something’ Between Sting & AEW