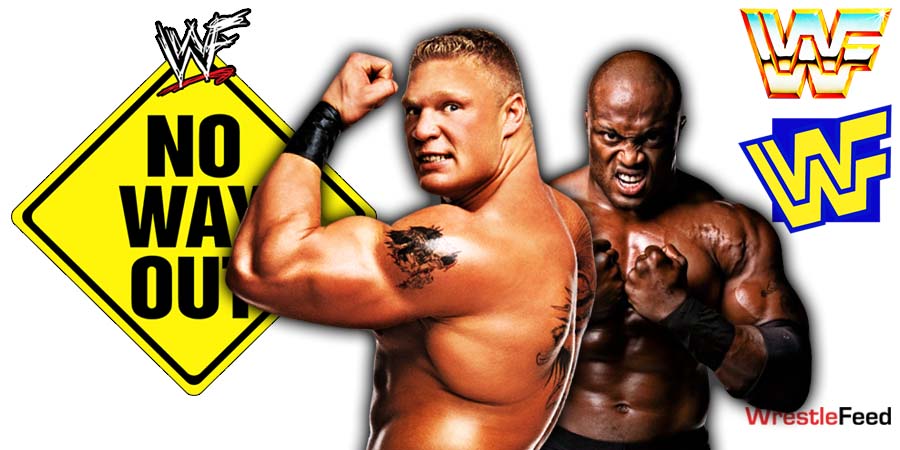 This is the 12th event under the Elimination Chamber banner and the final premium live event before WrestleMania 38.

– SmackDown Tag Team Championship Match: The Usos (c) vs. The Viking Raiders didn’t take place because Usos attacked their opponents before the match could begin

– Elimination Chamber Match For The WWE Championship: Brock Lesnar def. Austin Theory, AJ Styles, Riddle, Seth Rollins & Bobby Lashley (c) to win the Title [Lashley didn’t compete in the match because he got injured (storyline wise) after Seth Rollins powerbombed Austin Theory through his pod. Adam Pearce and other personnel took Lashley out of the match]

Also Read: The Undertaker’s Mother Is Relieved After WWE Hall Of Fame News