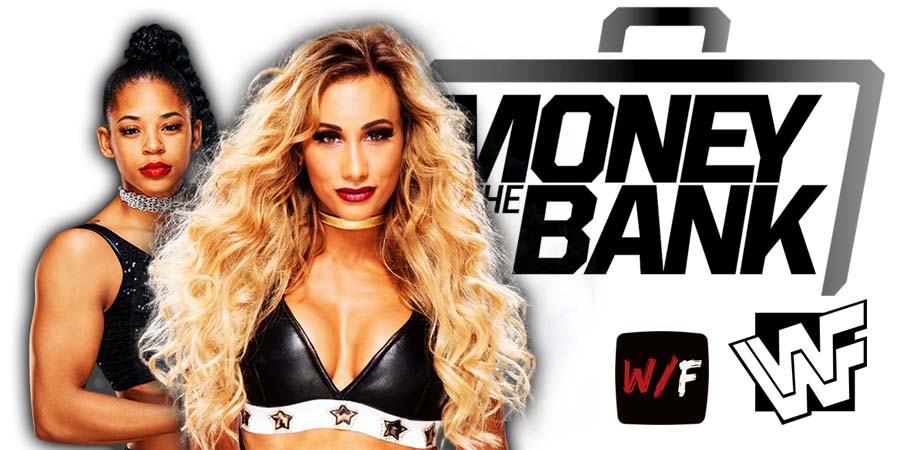 • Complete Results From WWE Money In The Bank 2022

After the match, it was shown in the replay that Montez Ford’s shoulder was up when Jimmy Uso pinned him.

This was Liv’s Money In The Bank cash-in match. Rousey hugged Morgan after the match, raised her arm and left the ring to the new champion.

Theory was added to the match at the last minute by Adam Pearce.