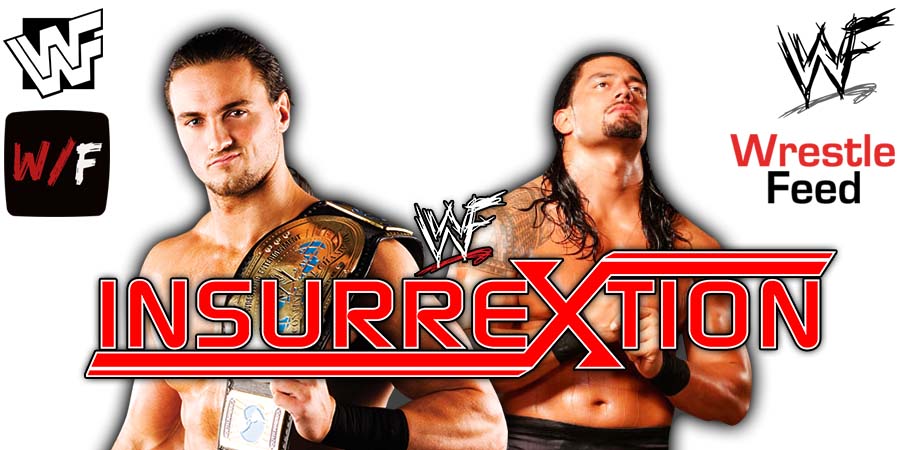 After tonight’s SmackDown (tap here for results) went off the air, WWE taped next week’s episode of SmackDown, because the WWE crew will be in the UK next week for Clash At The Castle.

Below are the complete spoilers:

– Adam Pearce said Ronda Rousey has been reinstated because she paid her fine. Pearce said he would’ve fired Rousey if it were up to him.

Pearce then went on to call Ronda “the single biggest b*tch he’s ever met”. This led to Rousey locking the Armbar on Pearce.

Los Lotharios (Humberto & Angel) & MMM attacked Hit Row after the match, which led to The Street Profits making the save.

– Happy Corbin talked trash about Detroit and issued an Open Challenge, which was answered by Shinsuke Nakamura.

After the match, Sheamus got in Intercontinental Champion Gunther’s face, but Ludwig pulled Gunther away.

– The Viking Raiders def. The New Day in a Viking Rules Match after putting Kofi Kingston through double stacked tables

Reigns was shown coming to the arena in his car. He got hit with a Claymore Kick by Drew McIntyre as soon as he got out of the car.

McIntyre then went to the ring and took out Zayn & Usos. McIntyre then ended the night by emphasizing that WWE is World WRESTLING Entertainment.

It was pre-taped at the Save Mart Center in Fresno, California and featured matches, interviews & storyline segments on the road to the ‘WWE No Mercy 2004’ PPV.

The Undertaker vs. Orlando Jordan