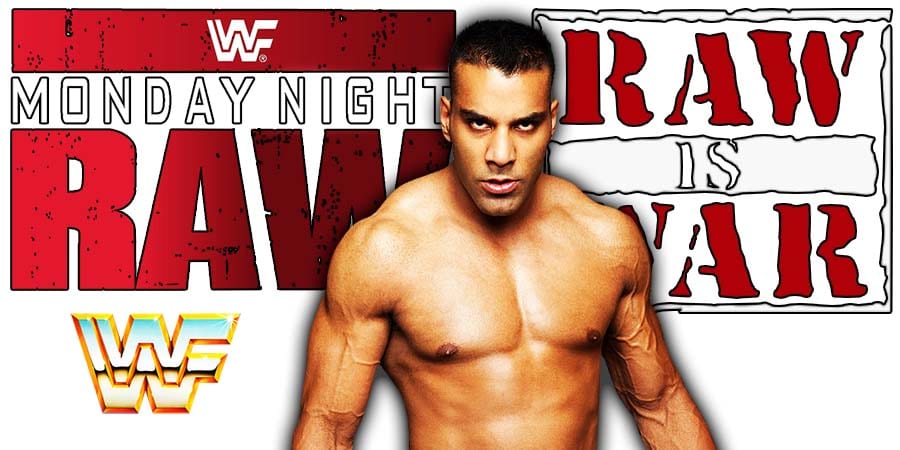 It was broadcasted from The Norfolk Scope in Norfolk, Virginia and featured matches, interviews & storyline segments on the road to the ‘WCW Slamboree 1998’ PPV.

Below are the complete results from tonight’s episode of WWE RAW:

– MVP hosts The VIP Lounge with the RAW Men’s Money In The Bank participants, but Zelina Vega, Andrade, Angel Garza, & Austin Theory interrupted. Zelina wants the MITB participants to give up their spots and allow her trio to replace them

– Apollo Crews gets a one on one match against Andrade for the US Title later on tonight, and he slaps Andrade

– Charly Caruso tries to talk to Apollo Crews backstage, but he cries and is using crutches after injuring his knee during the US Title match

– The Street Profits vs. The Viking Raiders in a non-title match is made official for next week’s RAW

The contract for the #WWEChampionship Match at #MITB has been SIGNED.@DMcIntyreWWE delivered a crushing CLAYMORE to @WWERollins' disciple, @WWE_Murphy!#WWERaw pic.twitter.com/E0esLnn0Iu