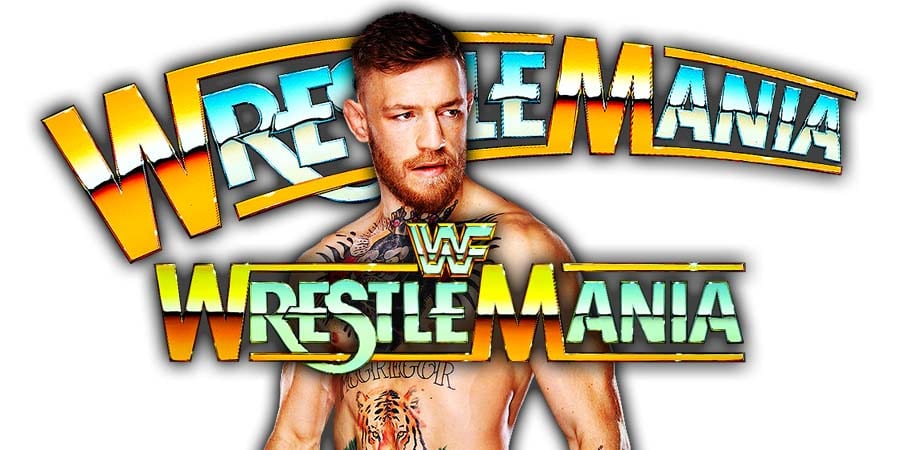 • Conor McGregor Takes A Shot At WWE Stars After WrestleMania 38

He never shies away from controversy. In 2016, while promoting his second fight with Nate Diaz, McGregor put the WWE roster on blast.

While we highly doubt he cares about what happens in WWE, it seemed like a perfect way to engage the wrestling audience with him, leading up to his next fight and drumming up interest, and eventually pay-per-view buys.

With WrestleMania 38 being the biggest event this weekend, especially with Stone Cold Steve Austin wrestling his 1st match after 19 years, McGregor decided to get his name out there once again.

“Why wasn’t I at WrestleMania? They all fear me, that’s why.”

Why wasn’t I at Wrestlemania? They all fear me, that’s why.

With McGregor no longer in his fighting prime and WrestleMania going Hollywood next year, could we see The Notorious One in a WWE ring in 2023?

This episode was broadcasted from the Spokane Arena in Spokane, Washington and featured matches, interviews & storyline segments on the road to the ‘WWE Backlash 2003’ PPV.

1. The Undertaker vs. Rey Mysterio