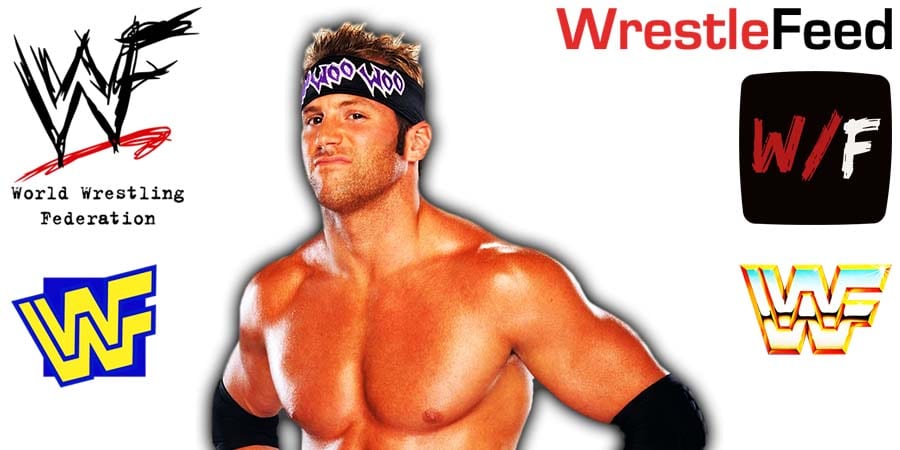 Former WWE Superstar Zack Ryder, who’s currently wrestling for IMPACT Wrestling and Independent promotions under his real name Matt Cardona, recently appeared on X-Pac’s Pro Wrestling 4 Life podcast, to speak about his upcoming GCW match against Nick Gage, whom many of you will remember as one of the featured topics of the current 3rd season of Dark Side of the Ring.

“So, it all kind of happened suddenly. I don’t know if he tweeted me or if a fan asked me to wrestle him, and I made some smart-a$$ comment back to them, but all of a sudden he just started going off. I couldn’t tell if he was joking or if he was serious, but he seemed pretty serious. And then the promotion GCW, they were promoting that I was gonna be there at the show and I’m clearly not there, I had a booking somewhere else, and then he got on the mic and was like ‘Zack Ryder’s a pu$$y’ and everyone’s chanting that I’m a pu$$y, I was in Chicago!

So listen, death match wrestling is not my cup of tea, it’s not my style. I respect it and I had to shut this guy up, plain and simple. Like I said, I’m always trying to create buzz and I’m never happy in my spot. That’s not saying I’m not grateful for what I have but I always want more and I think there’s nothing wrong with wanting more and setting goals.

I gotta pay the bills, I gotta get my name out there, IMPACT has been so, so much fun, it’s so refreshing to be there and I’m actually involved and actually have matches that mean something. I’m a big fan, I’m a kid at heart, so if I know at this pay-per-view match, I can get some cool gear made as opposed to me getting this gear made at WWE and 9 times out of 10 it’s in this forgettable match, like I have no entrance and I’m losing in three minutes. So, it’s cool that I’m doing stuff that matters in IMPACT and it’s so much fun. Now, I can go wrestle at Warrior Wrestling one day and then the next day I can be at GCW and lay out Nick Gage, it’s awesome.

I’m not afraid, in the sense that I’m not afraid to lose or get hurt, because I want to take chances. This is a perfect opportunity, and listen, I knew that this was going to create some buzz. It created a lot more buzz than I thought it would, which is great. You always have to reinvent yourself and keep your name out there, especially if you’re not someone that everyone’s going to get behind 24/7, you’ve got to remind people why they should be behind you. I’m not saying I’m the hardest worker in professional wrestling, but find someone that works harder than me.

I’ve seen the Dark Side Of The Ring and honestly, I had to look away at some of the scenes. I’m like, ‘What the f**k is going to happen in this match?’ But, I know we have a match booked, GCW Homecoming, and I’m hoping that a lot of my fans come too. I’d love half and half, that atmosphere and electricity of people hating me and loving me, same with Nick. I really think we’re going to give the people something to see and it’s kinda like a happy accident. It wasn’t like I said, ‘I’m going to go after this Nick Gage guy’. No! Someone Tweeted, we went back and forth and it escalated.”

Zack Ryder’s fiancee, fellow WWE alumni Chelsea Green, was interviewed by Inside The Ropes, to hear what she thinks of Ryder’s upcoming match.

He’s been wrestling for so long, since he was 18, he’s now 36. I mean, he’s been a wrestling fan since he was, like, three years old. But I just feel like this puts a little bit more validity behind his name and I love that for him. I think he deserves that.”

Speaking of Nick Gage, he and his Indy Wrestling opponent Mance Warner recently got into a (worked) brawl at the ‘GCW Outlaw Mudshow’ event, which eventually led to someone calling the cops on them, resulting in 8 police officers showing up to the event, as confirmed by AEW wrestler Joey Janela.

Here’s what Janela tweeted about the incident:

The good ole days are back! #LastOutlaws

We are out at a bar and the cops who came to the building, drove by the bar and looked Mance Warner dead in the eyes while driving slow pass the window…no bullsh*t”

We are out at a bar and the cops who came to the building, drove by the bar and looked @ManceWarner dead in the eyes while driving slow pass the window… no bullshit

Also Read: “My goal is not how can I get back to WWE” – Zack Ryder

5. One Man Gang vs. Brian Costello