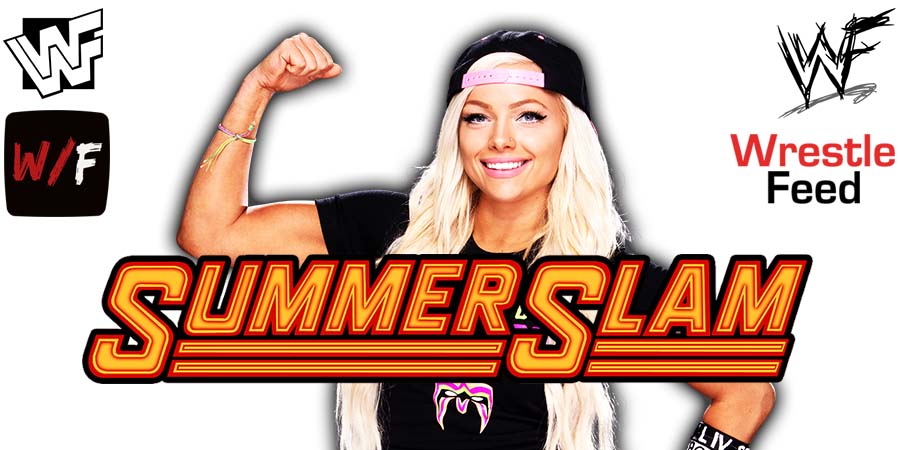 At last night’s WWE Money In The Bank 2022 premium live event, Ronda Rousey made Natalya tap out to retain the SmackDown Women’s Championship.

In a backstage interview after her Title win, Liv got emotional and said the following:

“This is like the feeling that I’ve been searching for my whole, entire life. This is all I’ve ever wanted since I was a little girl and I can’t believe that I have it.”

When asked how it felt when the fans chanted ‘you deserve it’, she said:

We did it, we’re champions.”

Later in an interview with BT Sport, Liv said:

“I think they’ve just been on this journey with me for 8 years now. They’ve seen me go from a girl that maybe no one thought would amount to anything in this business, and I’ve worked my a$$ off to prove that I belong and they have been with me every single step.

They’ve seen every improvement, they’ve been through it all. They’ve grown with me and been on this journey since day one, so me succeeding feels like they’ve succeeded.

According to the Wrestling Observer, current plan is for Morgan to defend her newly won Title against Rousey at SummerSlam 2022 on July 30th:

“Right now, the plan is Liv Morgan and Ronda Rousey at SummerSlam, which kind of surprises me in a lot of ways, especially because they didn’t leave with any heat.

Ronda just hugged her, walked out of the ring, and let her have her moment. They’ve been building for this with Liv Morgan for a while.

It is interesting, though, as I think almost everybody figured it was going to be Charlotte Flair and Ronda Rousey at SummerSlam, and it’s not.”

– Tatanka vs. The Black Phantom