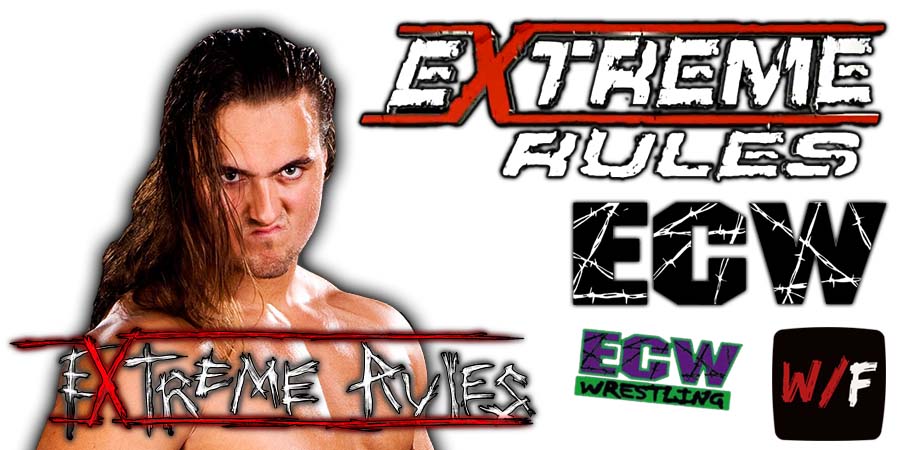 • Current Plan For The Main Event Of WWE Extreme Rules 2022

As we noted earlier, the Wrestling Observer reported that Undisputed WWE Universal Champion Roman Reigns is currently not scheduled to compete at the Extreme Rules 2022 premium live event on October 8th.

His next Title defense is scheduled to be on November 5th at the Crown Jewel premium live event in Saudi Arabia.

With that being said, Xero News is reporting that WWE is planning to book Drew McIntyre vs. Karrion Kross as the main event of Extreme Rules 2022.

WWE has been building towards this match since the post-SummerSlam episode of SmackDown in August, when Kross returned to WWE and attacked McIntyre.

Kross & Scarlett were also present at Clash At The Castle and were ringside for the main event.

During the Undisputed Title match, Kross even threw a water bottle at McIntyre to distract The Scottish Warrior, which led to The Tribal Chief taking advantage and laying out Drew.

Also Read: Update On The Next Challenger For Roman Reigns

– The Spoiler vs Brian MacNee