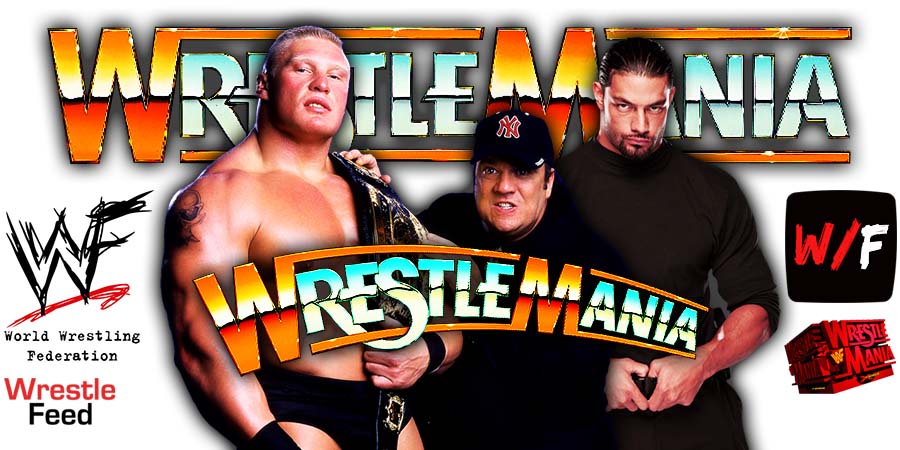 In the main event of WrestleMania 38 – Night 2 on April 3rd, WWE Champion Brock Lesnar and Universal Champion Roman Reigns will collide in a Title Unification Match.

This is going to be the 3rd time Lesnar and Reigns will face each other in a WrestleMania main event, something that has never been done before.

While both Stone Cold Steve Austin vs. The Rock and The Undertaker vs. Triple H took place 3 times at WrestleMania, Austin vs. Rock was the main event twice and Taker vs. HHH was never the main event.

WWE is promoting Lesnar vs. Reigns – Winner Takes All as the biggest WrestleMania match of all time.

According to the Wrestling Observer, the current plan for the winner of this match is to be called the “Unified WWE Champion“.

There has been some speculation that WWE will eventually have 2 World Champions again, as a single World Champion for both RAW & SmackDown isn’t feasible according to WWE Officials. We’ll keep you updated regarding this.