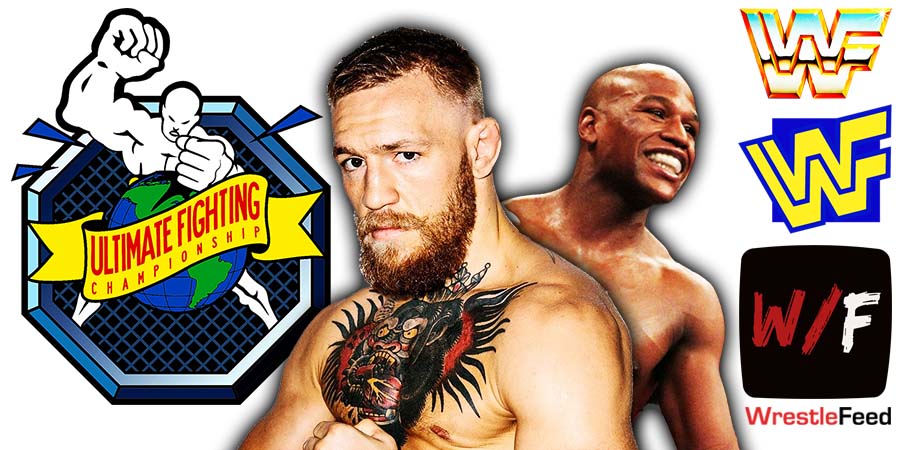 Mayweather defeated McGregor in the 10th round of their Boxing Match via TKO, taking his professional record to 50-0.

Floyd ended up making a total of $280 million from this fight, while Conor made a total of $130 million.

Rumors recently began that both men are discussing a rematch.

A source close to Mayweather’s camp told The Sun the following:

“Conor will only take the fight providing Floyd is willing to put his professional record on the line – so the fight will not be an exhibition, it will be an official fight. It will be at 155 lbs. That’s what we know so far.

It will be the last time Floyd ever steps in the ring so it is not one to miss. The deal is very close to being done. Personal terms have been agreed on both parties. It will be one final show down. And yes records will be at stake.”

During a press conference, UFC President Dana White had the following to say about these rumors:

“All bullsh*t. Those guys are just talking on social media like they do. The Daily Mirror or whatever that tabloid is called is full of this sh*t.”

Also Read: “I’m not even sh*tting you” – Dana White Reveals Where WWE Made Him Sit At WrestleMania 34

It was pre-taped at the Joe Louis Arena in Detroit, Michigan and featured matches, interviews & storyline segments on the road to the ‘SummerSlam 2006’ PPV.