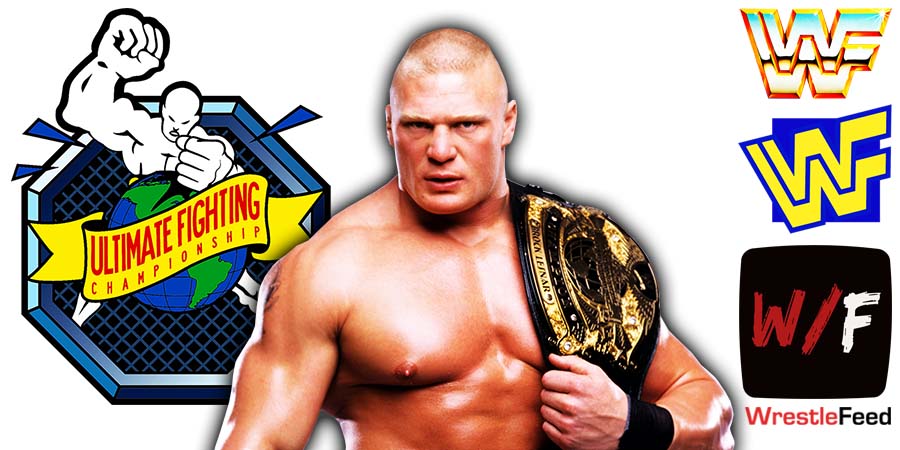 UFC is the #1 MMA promotion in the world and we have seen many great fights over the years.

During an interview with Laura Sanko, UFC President Dana White revealed that Brock Lesnar vs. Fedor Emelianenko is the only superfight he failed to make.

Fedor is considered the greatest heavyweight fighter in MMA history by many. On the other hand, Lesnar is the biggest draw in the history of the UFC Heavyweight Division (and the #2 biggest draw overall, only behind Conor McGregor).

Many fans wanted to see this fight happen when Lesnar was the UFC Heavyweight Champion in the late-2000s, but the fight didn’t happen.

“I’ve made every fight that was ever possible to make in MMA including Mayweather and McGregor.

The only fight that I ever failed to make was Fedor vs. Brock.

Every other fight that we ever thought about or fans wanted to see or whatever it was, I made. That’s probably the one I couldn’t pull off.”

Also Read: RAW Commentator Explains Why WWE Is Better Than UFC For A Fighter Like Him

On this day in 2020, we lost Old School Wrestling Legend Mr. Wrestling II (Real name: John Walker) at the age of 85.