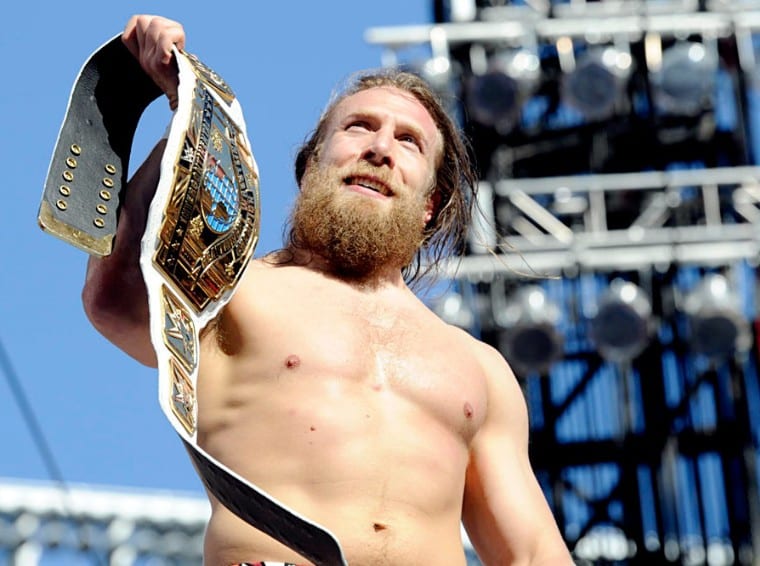 As we noted yesterday, WWE pulled Intercontinental Champion Daniel Bryan from the rest of the UK tour as a safety measure because Bryan is reportedly banged up. He is still dealing with health issues from the injuries that took him out last year and is in a rough shape. WWE has been protecting Bryan a lot as of late by putting him in tag matches. Latest reports suggest that Daniel Bryan is scheduled to get a physical examination once he returns to USA. It is because of these health issues WWE decided not to put Daniel Bryan in the WWE World Title picture as it could affect the long term plans if he gets injured again. WWE officials certainly made the right decision by not putting Daniel Bryan in the main event at WrestleMania 31 against Brock Lesnar because it was one of the most brutal matches in recent memory and the possibility of Bryan getting hurt in that match was very high. With that being said, Bryan is scheduled to defend the Intercontinental Title at Extreme Rules against the former champion Bad News Barrett. The match is jeopardy given Bryan’s health. If Bryan is healthy enough to work this match, expect this to be a normal singles match only and not some gimmick match with Extreme nature of the PPV.