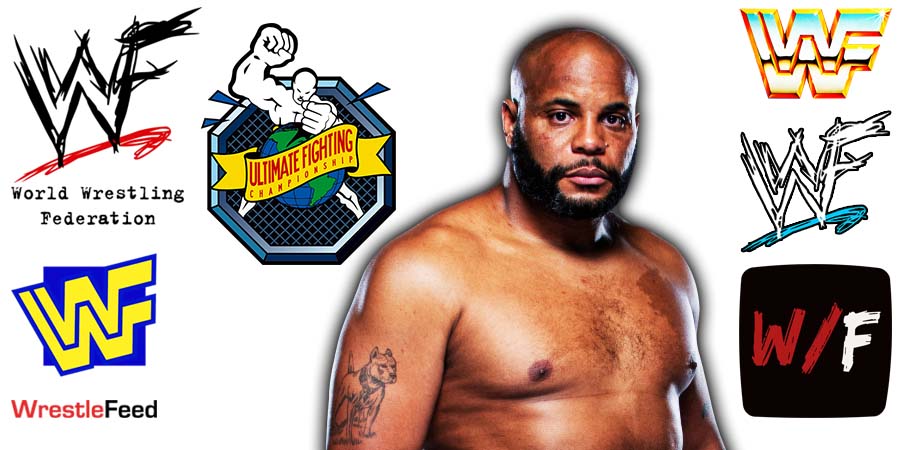 • Daniel Cormier Reveals Who Contacted Him For Extreme Rules Role

He will act as the Special Guest Referee for the Fight Pit match between Seth Rollins and Matt Riddle.

During an interview with ESPN, Cormier revealed that it was Rollins who contacted him to see if he was interested in this role, not WWE’s Chief Content Officer Triple H.

Below is what the UFC Hall Of Famer said:

“So it wasn’t really from the people in charge. It was Seth Rollins, he texted me goes, ‘Real-life fighting in the Fight Pit and we may be in the market for a special guest referee, would you have any interest in it?’

These guys that are professionals, they’re gonna make magic as they have done on so many occasions. So hopefully, I can add a little bit to what they’re doing in there.

I said I’d be interested and put them in contact with my agent and then it just so happens that his wife and I shared the same agent. So it worked.”