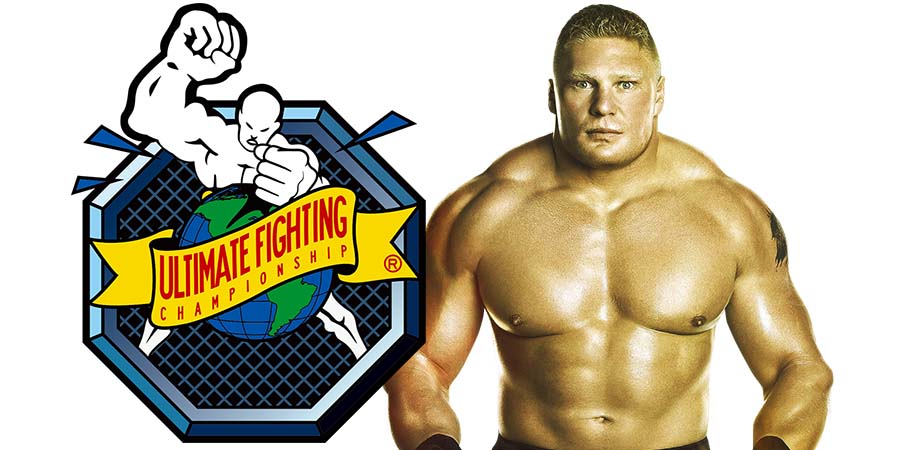 During the UFC 226 post-fight press conference, the UFC Heavyweight & UFC Light Heavyweight Champion Daniel Cormier was asked to comment on fans commenting stuff like ‘staged’ and ‘fake’ to his altercation with Brock Lesnar at UFC 226.

Cormier indicated that he did that ‘Pro-Wrestling’ type segment with Lesnar to sell their fight and make big time money. Below is what Cormier said:

“Hey, ‘staged, they’re idiots.’ Fine. Stay broke. You got a guy like Brock Lesnar in front of you and you don’t go crazy on him? Are you crazy? When Brock decided to step in the Octagon with me… he’s a pro wrestler, he does fake fighting. So I’ll do fake fighting with you until I put my fist upside of your face.

I’ll do fake fighting with you, Brock, and then I’ll punch you upside your head. So, yeah, yeah, you guys call it fake online, I see a bunch of fighters ‘oh, it’s so fake, I don’t want to watch this.’ Tune in and keep lacing my pockets. You guys gotta get on board. These guys get on the microphone after their fights and say ‘yeah, it’s whatever the UFC decides.’ Okay.”

Cormier also noted that he’s open to going to WWE to promote this fight (given that WWE wants him):

“If they wanted me over there, I’d go over there. I’d go beat Brock in a wrestling match. Maybe they’d do us a shoot match, put us in singlets and see who wins. And I can go major decision him or something, or maybe pin him.”

Speaking of Lesnar, WWE posted the following regarding Lesnar’s upcoming fight with Cormier:

“We don’t know who the next challenger for Brock Lesnar’s Universal Championship will be, but we do know his upcoming opponent — UFC Heavyweight Champion Daniel Cormier.

Brock Lesnar is at UFC 226 pic.twitter.com/Nz1tjGnsQT

After Cormier knocked Miocic out in the first round to become both the UFC Light Heavyweight Champion and UFC Heavyweight Champion, he called out Lesnar and invited him into the octagon. Brock immediately shoved the new champ across the cage before delivering a profanity-laden tirade on the microphone.

Later in the night, during the post-show press conference, UFC President Dana White confirmed that Cormier vs. Lesnar would be happening in the future. He added that no date had been set.

Speculation has run rampant over Lesnar’s future for much of this year, starting with Lesnar posing for photos next to White on the night of WWE Elimination Chamber 2018. Lesnar last competed in UFC in July 2016.

Weeks ago, Lesnar’s advocate Paul Heyman revealed that The Beast’s next Universal Title defense was facing contractual issues due to a lack of confidence in WWE to find a suitable challenger. Lesnar last appeared on WWE TV at the Greatest Royal Rumble on April 27, where he retained the Universal Championship against Roman Reigns.”