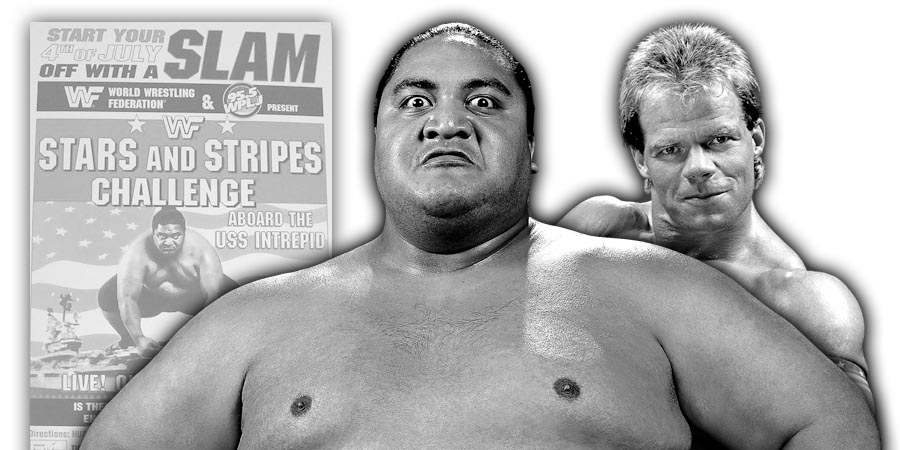 Originally Yokozuna has won the contest as no athlete was able to bodyslam him, but then a Helicopter landed on board of the U.S.S. Intrepid and out came Lex Luger, who was known as the self-regarding ‘Narcissist’ Lex Luger at that time.

In an attempt to create the next big thing, a new Hulk Hogan if you will, he had Lex Luger turning babyface that day by going to the ring and doing what no other wrestler or NFL/NHL/NBA athlete was able to do: Bodyslam Yokozuna!!!

At the end of the day America’s pride was restored! Thank God!