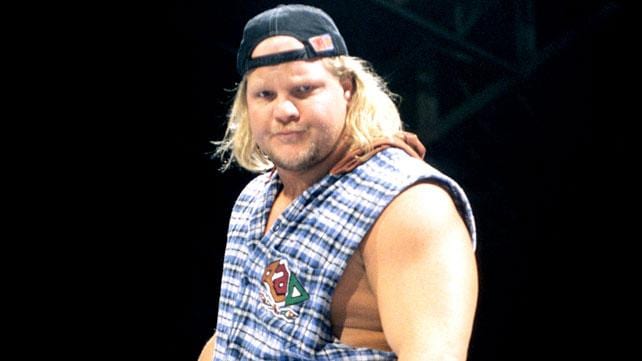 On this day in 1998, the wrestling world lost former WWF, WCW & ECW wrestler Louie Spicolli at a very young age of 27. Spicolli had a history of drug abuse but he eventually overcame his addiction problem and stopped taking drugs until the news came that his mother was suffering from cancer. This started his drug use again and further exaggerated the issue. On February 15, 1998, he was found dead in his home after overdosing on Soma & wine, choking on his own vomit during his sleep.

Spicolli was better known for his angle with the Bodydonnas in the WWF back in 1995 when he was repackaged as “Rad Radford”. He was let into the Bodydonnas group as “Bodydonna-in-training” but was eventually kicked out of the group at Survivor Series because his physique was not good enough for the group.

He was released from the WWF in 1996 because of his drug problem and WWF officials were very careful due to the Steroid Trial controversy a few years back.

Spicolli surfaced in WCW in 1997, appearing both as an announcer (for which he was widely praised), & as a lackey to Scott Hall. He & Hall engaged in a feud with Larry Zbyszko which was supposed to culminate with a match at SuperBrawl VIII, but Spicolli would not live to work it.

WCW paid tribute to him with an “in memory” screen and toll, while his longtime friend Stevie Richards, who was with WWF and also wrote for the WWF Magazine, posted a tribute article in memory of his friend.

You can watch Louie Spicolli taking on Bret Hart during his 1991 WWF run below: