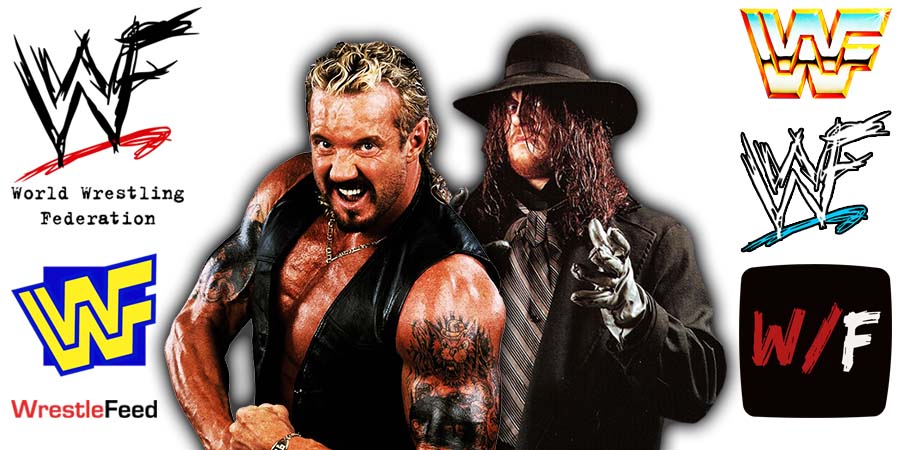 On a recent episode of his weekly ‘DDP Snake Pit’ podcast, Old School WCW Legend Diamond Dallas Page stated that he feels new SmackDown star Bray Wyatt should have been the one to end The Undertaker’s famous 21-0 WrestleMania undefeated streak, instead of ‘The Beast’ Brock Lesnar, who ended up defeating The Phenom at WrestleMania 30.

“I always thought Bray should have beat Taker, and he becomes the next Taker. Taker could only go so long. Who’s going to get that next spot? And I always thought it was him.

I talked about it for years. Why would Brock beat him? Brock didn’t need to beat him.

If Bray beat him, and I just think a lot of how they handled Bray was really good in the beginning before, but then it sort of lost it and got a little tarnished.”

Even Jim Ross seems to partially agree with DDP, as during a 2021 episode of the ‘Grilling JR’ podcast, he revealed that he disagreed with the 2014 decision of Brock ending the streak.

“I was not for it when Undertaker’s streak was ended by Lesnar. Not a knock on Brock, just simply I thought that was such a unique calling card. It was so unique and special, all pointing to the biggest event of the year.

So Undertaker’s undefeated streak was always in place, it was always something for somebody to shoot for. It became an issue.

So, no, I would not have been for beating the Streak at that point in time (in 2006 if The Undertaker vs. Kurt Angle took place at WrestleMania 22). Here we’re talking in 2021, the month of February, I’m thinking I still wish he was undefeated.”

This episode was broadcasted from the Crown Coliseum in Fayetteville, North Carolina and featured matches, interviews & storyline segments on the road to the ‘WWE Survivor Series 2003’ PPV.