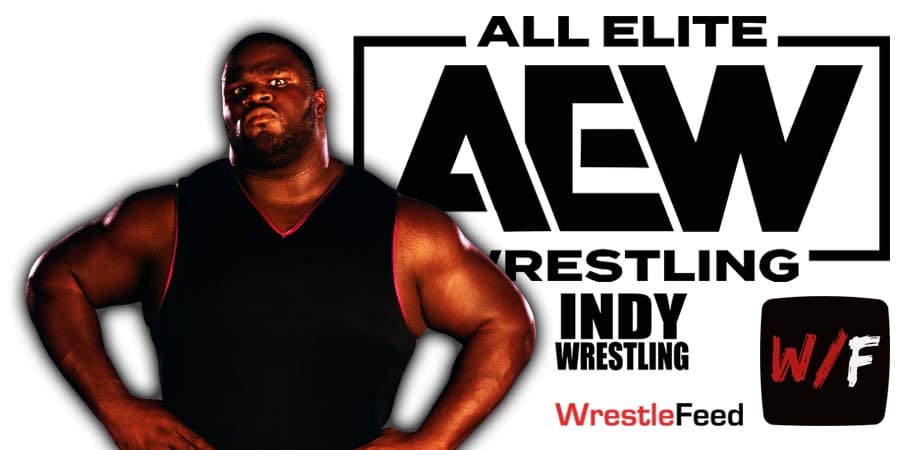 • Did Mark Henry & Lio Rush Squash Their Beef Backstage At AEW Double Or Nothing 2021?

There were rumors that Lio Rush wasn’t satisfied with his pay (during his time in WWE), and stayed at home for a while due to some disagreements.

Henry said Lio was upset because he pulled him aside last year to find out what was going on with him after hearing “stuff in the locker room”. Henry claimed that Rush told him “nothing was wrong”. On his podcast, Henry said, “That’s a blatant lie to my face! I was trying to help him” because he (Henry) knows the system more than most people.

“Woke up remembering the time Mark Henry said I lied to him to his face & then continued to bury me on his podcast while telling me I need to learn how to spend my money better. Sh*t was crazy. Sorry man, I didn’t mean to have a wife and two kids on top of other responsibilities.

Sh*t was sad. We ALL are supposed to be looking out for each other.

Wrestling is supposed to be one of the most positive things in the world. But somehow, someway, some people within the business like to make it a miserable experience for others.”

Henry then said the following during an interview with TMZ:

“If you go down to the Performance Center at NXT, probably 25 I think, people of color in the facility, probably about 80 plus percent of them I helped get them there. I mean, it’s completely opposite.

He knew that I get a lot of attention. I have a lot of followers and he released the album, or song, or something, and he wanted to use that to get some attention. Get some buzz.

If he would’ve called me, I would’ve done it anyway. We would’ve just worked it. I would of really talked it up, we would of made world news, but now he said something slanderous.

My lawyer went to Harvard. I don’t know what kinda lawyers he’s dealing with, but I got those Ivy League people around me, and they’re pi$$ed!

He needs to apologize.”

Henry and Rush both made their AEW debuts this past Sunday at the Double Or Nothing 2021 PPV and Rush tweeted the following:

“For those of you wondering….Yes me and Mark Henry had a long in depth conversation last night. Looking forward to the future.”

For those of you wondering….Yes me and Mark Henry had a long in depth conversation last night. Looking forward to the future.

This episode was pre-taped at the Coliseum in North Charleston, South Carolina and featured matches & storyline segments on the road to the ‘WWF King of the Ring 1996’ PPV.