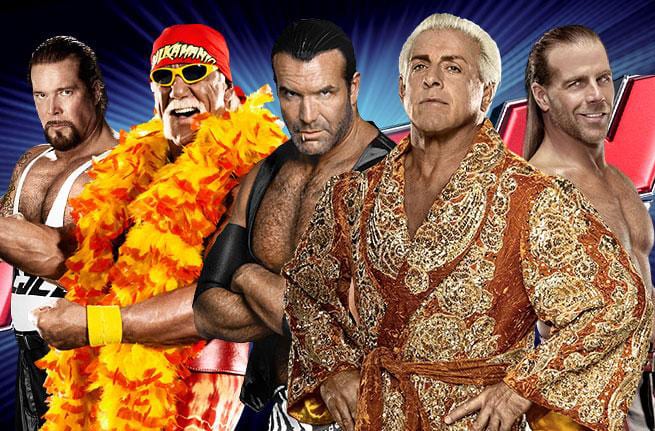 Tonight is a special night for Old School Professional Wrestling fans as tonight’s WWE Raw is a “Raw Reunion” special, which might be an alternative to “Old School Raw”. This means that we can actually enjoy watching Raw tonight as it features a lot of Old School Legends. Tonight’s WWE Raw Reunion special takes place from the American Airlines Center in Dallas, Texas. Almost all the top current WWE Superstars are scheduled to appear, including the reigning WWE World Heavyweight Champion, Brock Lesnar. The arena is advertising a Lumberjack Match between Cena and Rollins as the main event, which quite possibly would turn into a brawl when all the lumberjacks collide (given the fact that the next PPV is the Royal Rumble). Legends that are scheduled to appear tonight include Hulk Hogan, Ric Flair, Shawn Michaels, Razor Ramon, Kevin Nash, Sean Waltman (X-Pac), Billy Gunn, Ron Simmons and Jimmy Hart. Other Legends are expected to appear as well. It’s a well known fact that  “Road Dogg” BG James works backstage nowadays in WWE while JBL is on commentary. So there are some rumors that we might see the New Age Outlaws & APA reunite as well (nWo possibly being the other reunion). When Lesnar is on WWE TV, it’s always interesting to watch. And tonight, it’s even more interesting as we would get to see what Lesnar does to Rollins (incase you don’t know, Rollins curb-stomped both Cena & Lesnar on last week’s Raw). But here’s a question, will Sting appear on Raw tonight? It would be a perfect fit as he’s a legend as well, and perhaps continue his storyline with Triple H (if WWE is going in the direction of HHH vs. Sting for WrestleMania). In my opinion, there isn’t any better way to promote your upcoming pay-per-view event, which is the first PPV of the year as well as & one of the most anticipated event of the year.