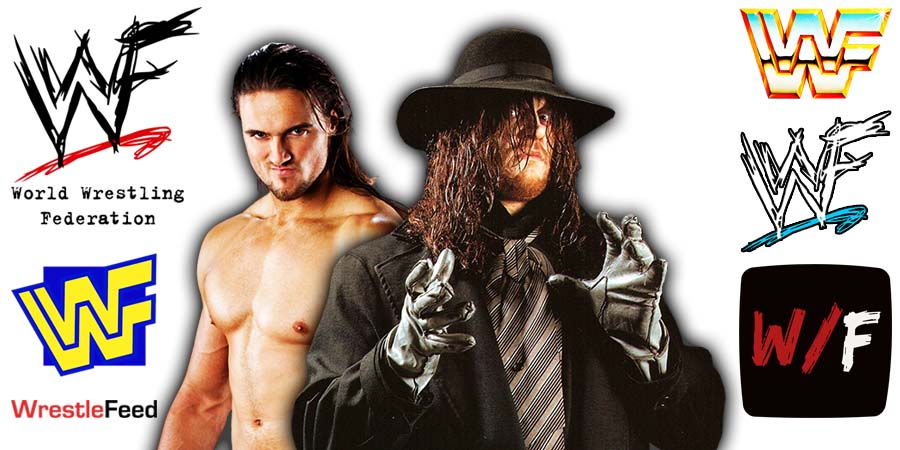 During an interview with SK Wrestling, Drew McIntyre was asked what’s the first wrestler that comes to his mind when he hears the word ‘Legend’.

McIntyre picked The Undertaker and revealed what he said after The Deadman’s WWE Hall Of Fame speech.

“The Undertaker is the first one that popped in my head there, probably after ‘Mania.

Just there and the standing ovation he got from not just the crowd but all of us [at the Hall of Fame]. My hands were black and blue, I just didn’t want to stop clapping.

[He had an] hour-long talk and showed that even though he’s been talking about, ‘I’m gonna eat your soul for 30 years,’ he’s very articulate and well spoken. He could have just spoken his regular voice as well, probably got over.

I told him afterwards as well, ‘you’re gonna take your Taker TED talk on the road and make a bunch of money [laughs].’

It was one hell of a speech.”

On this day in Pro Wrestling history on May 6, 2001, World Championship Wrestling was set to air ‘WCW The Big Bang’ LIVE on PPV from Las Vegas, Nevada.

This event with the tagline “The Creation Of The New WCW” was supposed to be the first pay-per-view after Eric Bischoff would have taken over the promotion from AOL Time Warner, which eventually ended up not happening.

Joey Styles & Don Callis (Cyrus the Virus) would have been on commentary, while both Rob Van Dam & Steve Corino were rumored to debut as Wrestlers.

Also, Bill Goldberg was set to return to the company that night.