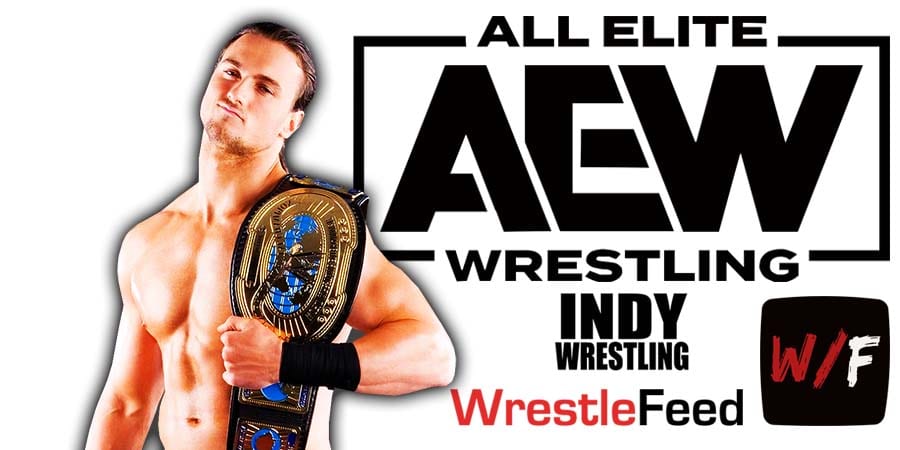 Here’s what McIntyre said in his promo before the RAW main event:

“I noticed that MVP made some guarantees tonight. That’s such a dangerous thing to do in this industry. If you make a guarantee and don’t deliver, fans get upset and sparks fly.

Now, I’m going to make a guarantee right now. At Fastlane, Sheamus and I are going to produce a level of physicality that has never been seen before.”

"A guarantee is a dangerous thing in this business. When you make a guarantee and don't deliver, fans get upset. Sparks fly!"

Drew McIntyre on #WWERaw taking a shot at AEW? pic.twitter.com/S799mNAd39

Drew Mcintyre just, referenced failed promises and sparks flying. Is he talking about, the sparklers, at AEW Revolution. Caught that channel flipping. #WWERaw

Speaking of McIntyre, he’s going to face Bobby Lashley for the WWE Championship at WrestleMania 37.

WATCH: Tay Conti Has The Best Buns In AEW (Part 3):