WWE Hall of Famer Jim Ross revealed on Twitter that he suffered a little accident. Below is a graphic image he posted on his Twitter account:

Took a bad bump last night. The concrete went over.

Apparently ECW Legend Sabu isn’t a fan of Good Ol’ JR and had some harsh things to say about Jim Ross after this accident. 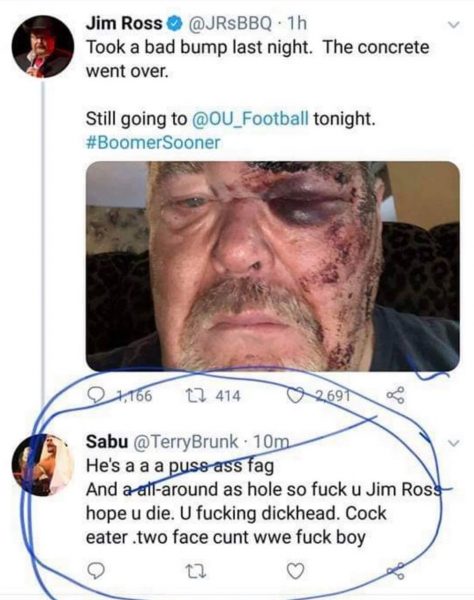 Natalya was concerned about JR’s health and tweeted to him. Sabu replied the following to Natalya’s tweet:

Fuck him you should see what he say behind your back . he is two faced bitch . don't trust him Brent knows . he a 3 face assho https://t.co/msgqSi9nhB